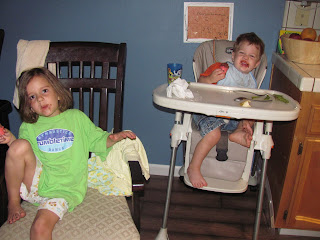 We have transitioned Michael to the kids room and a toddler bed. We rearranged the room (took the slide off the loft bed and moved the bookcases) and it actually made the room bigger. That darn slide was fun, but it did take up a lot of room that could have been used for playing. So, now Dominic has a normal way of getting down from the top bunk (instead of barreling down the slide as loud as a herd of elephants) and there is more play room. Anyways, I took away his naps and he seems to be sleeping in his bed just fine now. If he has a nap, it is too hard for him to calm down enough to stay in his bed....up until now, it has been his playroom so it wasn't as smooth a transition as we were hoping.

Notice the bottle in hand still. This kid loves his rice milk. 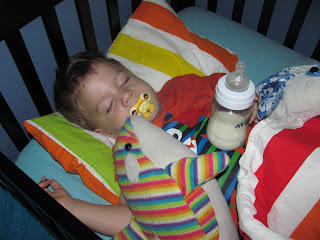 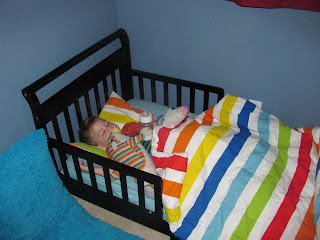 We don't waste a drop of smoothie around here (well usually). Penny spilled and was drinking her smoothie kinda slow anyways. I took the opportunity to have a little fun and gave her a straw and let her sip it up. She liked that....hopefully I didn't just encourage a purposeful accident. 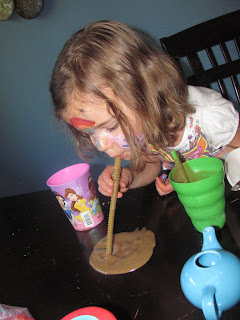 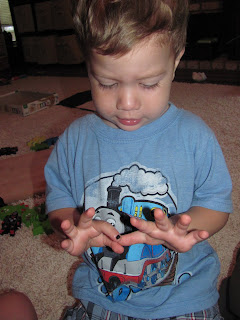 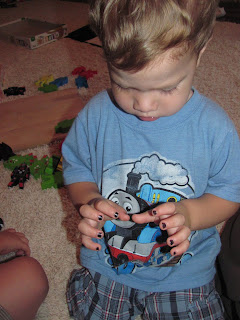 The rest of the crew painting nails. It was a hot hot HOT day outside so this was the perfect indoor activity. 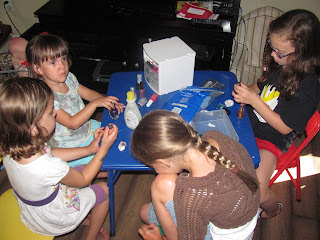 Sometime if I can't find Michael I just have to look behind the curtain. He loves the Ipad and lately asks so nicely to play on it, "Can I play on the Ipad please mommy? You can get it down for me, if you waaaaant." His voice kills me, but his syntax is absolutely hilarious. He's very clever and usually correct in his word choice. Penny and I laugh out loud all the time at some of the stuff he comes up with throughout the day. 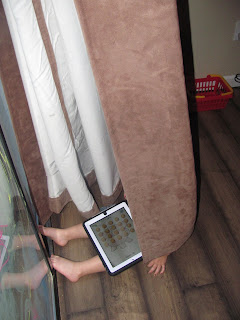