We went boating at Folsom lake with family. We had to set up base camp up at Salmon Falls and they met us on the beach. I stayed behind with Dennis and we just hung out on shore (since he's too small to fit into a life jacket). 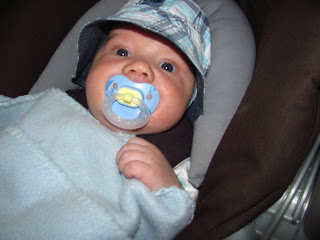 The kids had fun in the boat. Michael really liked the button to turn the music up. 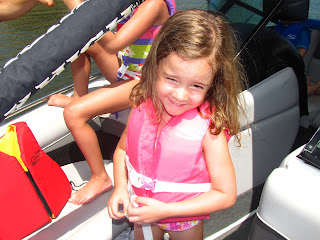 Michael and Penny in pink and blue. Love the hat, Michael. 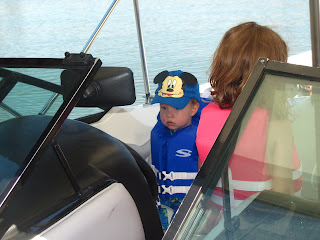 It was an absolutely beautiful day and the water was perfect for swimming but a little choppy for skiing. Not cold at all. However, this beach was not really a beach.....all mud and no sand. Tons of MUCK for Penny and Stella to dig up. At least they were in heaven about it. 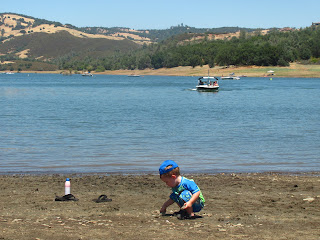 There is the boat coming in after another outing. 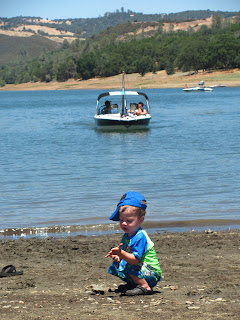 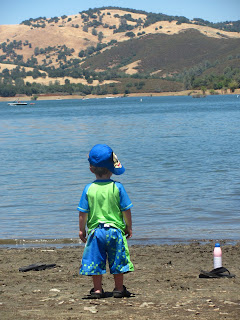 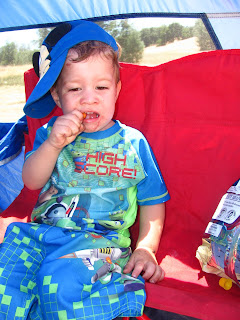 We got this little tent shade from Costco. With the pull of a string it pops up and then down again. Takes about 15 seconds.

After this Sean took baby duty and I went out into the water with Penny and Michael. They put on their life jackets and jumped off the back of the boat and swam around in the water. It was tons of fun and the first time Michael has actually enjoyed the water and not minded getting splashed this summer. Yay! Thats a good milestone. Usually, he begs to go home when we go play at the water until we get him engaged in something fun and then forgets about asking to go home. 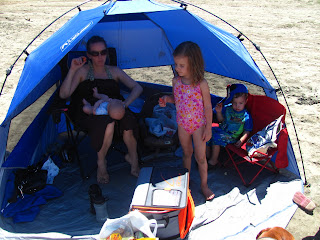 Michael and Dennis relaxed while everyone else went out for one last time. Both were getting pretty sleepy and Michael was trying to ward it off by talking. Pretty amusing at the end. He was talking to Dennis and trailing off to sleep at the same time. Swimming takes it out of you I tell ya! 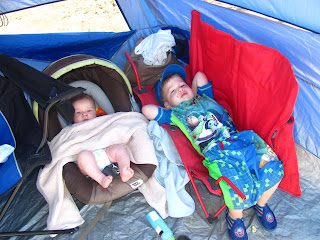 And then they both were done. 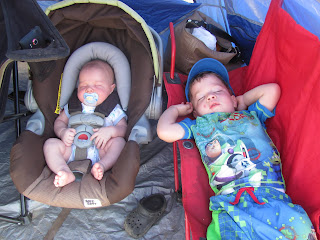 Penny digging in the muck. It was super slimy and our shoes would get stuck in it. In fact, I broke my sandal in this mud. 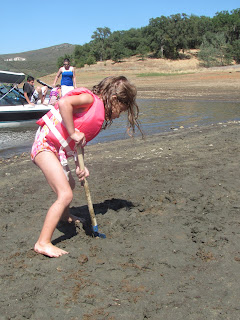 Sweet, sweet sleepy boy.
To infinity and beyond! 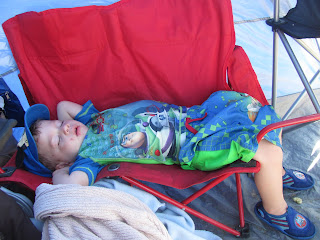 What a fun day! Michael's side-ways hat just kills me, so cute.