At the park last week Penny discovered that she could ride without training wheels. I would say we taught her, but she really didn't need our help. We put her bike down and she took off. She has been riding her glider bike for a few years now (bike with no pedals) and has great balance on it. It is so hilly where we are that we've just not made the effort to take a bike somewhere and teach her to ride but it dawned on me that it was high time and BOY WAS SHE PROUD.

Dennis was just along for the ride. He fell asleep and I had to hold his head up for him. 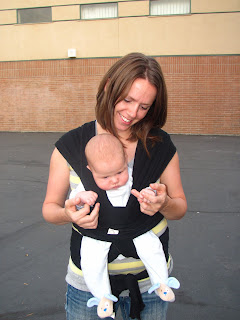 Michael was more interested in playing on the playground. He is so silly I cannot express how much he makes us laugh and giggle. This kid has so much personality wrapped up in that little body. He's a goof just like his dad. 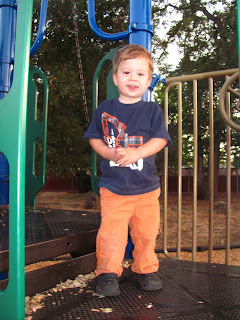 Penny calls this climbing structure licorice. He was able to do it "all by himself." A term that he uses frequently throughout the day. The other term he has been using as of late is comparing himself to you. I'm taller than you are, I'm faster than you are, I'm eatinger than you are (meaning he's eating more than you are). He gets pretty creative in being something in comparison to what you are. Its never out of "I'm better than you are." but out of look what I'm noticing. Its really cute. 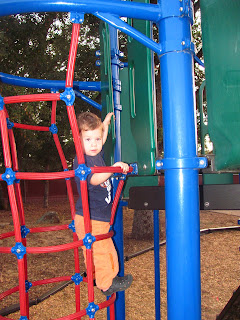 This little bike is already too small for her, but we have a plan to fix that. Stay tuned. Michael is happy walking along with the glider bike. He's getting used to it, but a few more trips to the park and he should be happily gliding along. 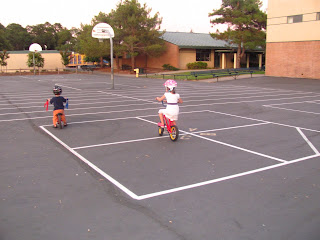 Such a proud girler! She even was so brave as to go between the wall-ball courts behind her. Sean winced as he watched, but she made it no problem! 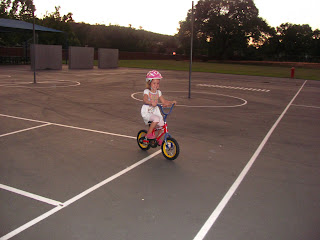 His cheeser grin is priceless. Penny's bike is still decorated from the 4th of July parade. 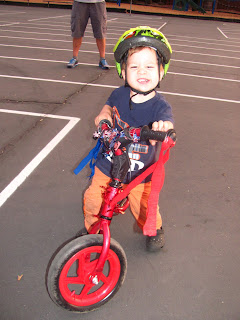 Weird, cute guys like to hang out around the playground equipment. This one was pretty studly, I thought. 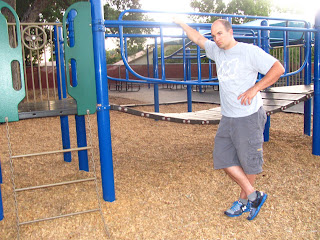 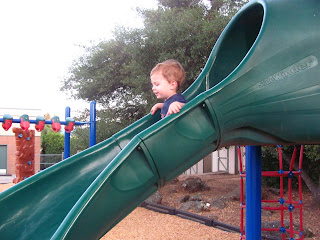 It was a fun day for learning how to ride a bike. We went again a few days later and took GGma with us. She was thrilled to see Penny riding.
Posted by Katie at 12:09 AM

That's a great picture of you and Dennis up top.;)