Michael and Dennis:
I love how I now have two babies. I still feel like Michael is one of my babies even though he's almost 2. He's just my big baby. Its amazing how huge he seems now compared to Dennis. 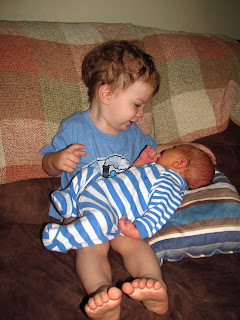 One of Michael's favorite games of pots and lids. He then likes to sit back and inspect his work. 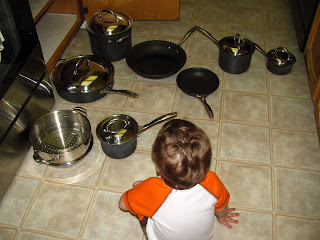 Michael is in love with Mr. Potato Head toys. He thinks it's super funny to use the tongue piece and lets us know by sticking out his tongue too. 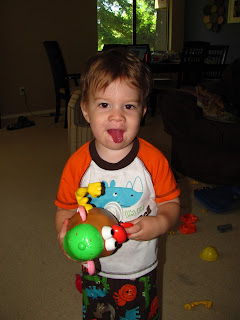 Lining up all the Mr. Potato Head parts. Seriously. He will play with this toy (he has two of them) for an hour or more laughing and giggling at each creation. 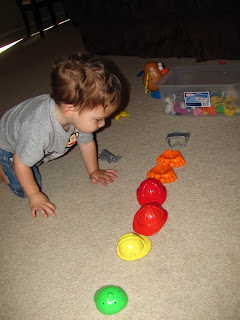 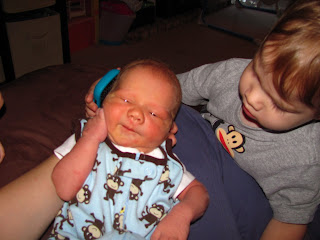 He likes to hold him but only last for about 1 minute before he's done. 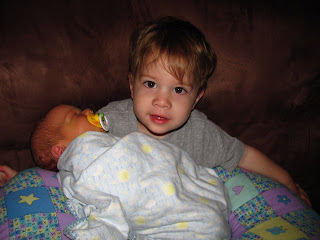 I found this beauty on the camera. Reminds me of years and years ago when Dominic used to do the same thing, take pictures of himself. 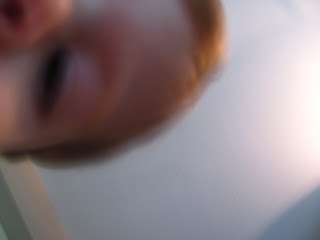 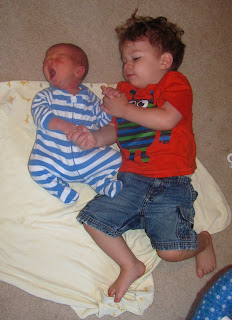 He really likes Toy Story as of late. Howdy Howdy. This was part of Dominic's Halloween costume when he was 2. 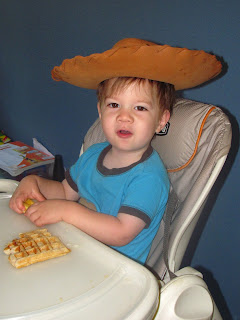 Michael loves to help me bake. He put the butter in all by himself and commented on how "swippery" it was. 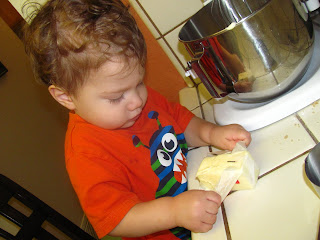 Penny and Dennis can snuggle all the day long. She never tires of holding him except that sometimes she starts to actually get tired and sleepy in the process and has to get up and play just so she doesn't fall asleep. She's a natural little mom. 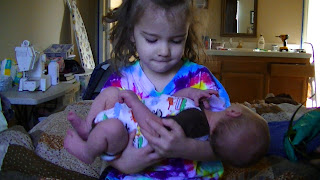 She can't get enough of Dennis. 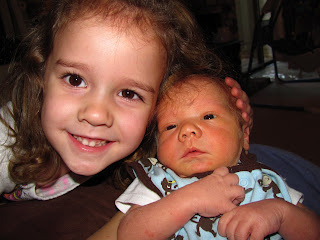 And when she's not trying to hold him, she's being a goof with her other brothers. Here, she and Michael were singing and dancing in her bedroom. 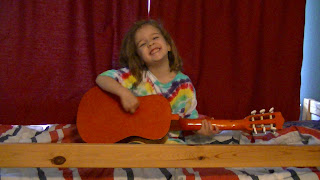 She brought the camera to me after she took this picture and wanted me to see how cute her animals were all lined up on the couch. 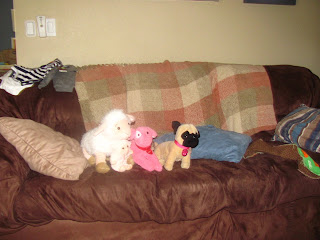 She and Michael helped me make cinnamon rolls on mother's Day. Sean bought me a new oven......so now I can bake things and actually have them turn out good. Except, these didn't turn out fluffy like they were supposed to be, still good, but not fluffy. Next time! 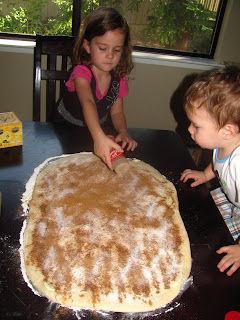 Dominic would much prefer holding Dennis to doing schoolwork, but when mom won't oblige all day long, he'll resort to wearing sunglasses. Not sure what this was about. He's just plain silly sometimes. 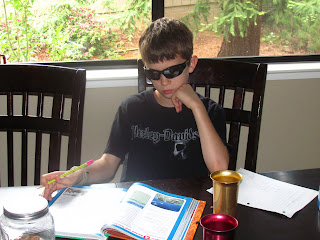 Penny wanted to do face paintings and so Dominic painted her face and then was nice enough to let her paint his face. He's such a good brother and I think he did an awesome job with the butterfly on her face. 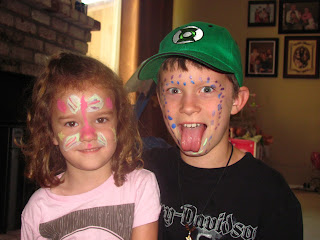 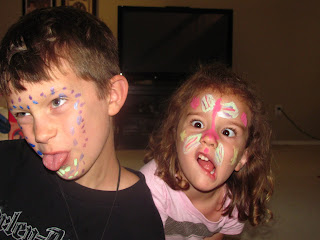 And here are some with just Dennis. Many of these were taken with our new video camera.
Sleepy baby! 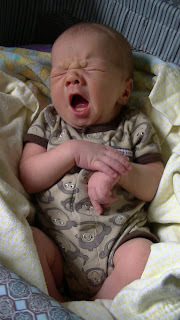 So squishy. He looks like his cousin Vivian to me here. 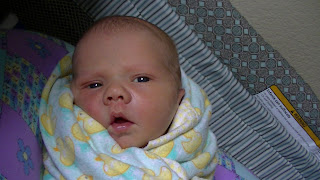 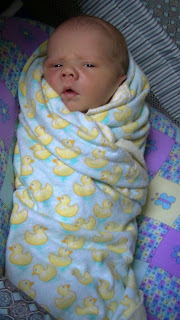 I could seriously munch on him all day, oh wait...I DO! 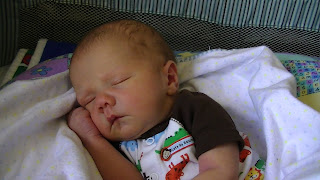 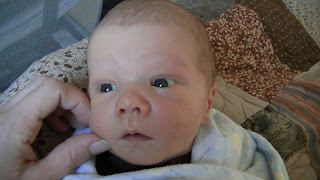 I have yet to catch a full smile on camera yet, this is as close as you get. Believe me, they are really cute smiles though. 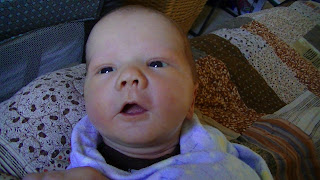 So there's an update. Now, I'm wasting precious sleep time to blog this. Off to bed the mama said!
Posted by Katie at 3:41 PM

I love all the pictures- keep them coming! I still have 2 babies, and they're (almost) 1 and 2. I think you'll feel that way for a while. Dennis is so precious, thank you for letting me hold him yesterday. I love to see all the sweet glimpses into your family's life.

A new oven yea. The pictures are all so sweet.

OH my goodness Dennie is just SO cute! Really makes me excited to hold my little babe soon. Those pictures reminded me of when Hayden and Parker were little. I had two babies too. :) I LOVE that picture of Michael and Dennis, on the floor, and how he's holding his hands. So sweet!
How do you do it all? Making cinnamon rolls and homeschooling, etc, after just havin a baby! You are amazing!

Ooops, sorry Katie, that was me!

Oh, Katie...he's so cute. All of them are cute, but I SO love the baby boy pics. I agree with Merilee- you are amazing!