Dominic loves to snuggle on Michael (and Penny) but unfortunately, his siblings can be quite the stinker about it. They have learned to think its okay to squeal at Dominic when he tries to kiss or hug on them and its getting very discouraging for Dominic. We have been working on it though and Michael and Penny are getting much better now. Penny now finds it more fun to be silly with him rather than annoyed at him.

However, when Michael is tired, the only person he wants is mom or dad and that, to me, is okay. When he actually falls asleep in our arms (usually on Sunday when he's had no nap) I let Dominic snuggle with him for a little bit too. He really REALLY loves this time and will sit in there for 15-20 minutes just holding Michael before we actually lay him down. 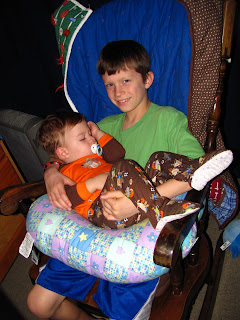 I love that Dominic loves his siblings so much. 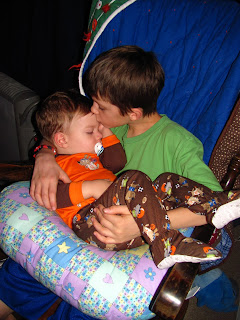 As another tactic to get his siblings to be more receptive to Dominic playing, I've encouraged Dominic to play the games that his siblings want to play WITH them. He's usually pretty good at doing this, but I encouraged him to try to do it more. Here he is playing hide-and-seek. I just found it funny that when I turned the corner, they were both under the blanket with a big diaper poking out and tons of giggling. 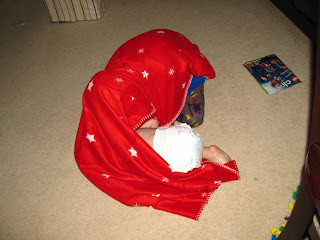 Keeping busy during a rainy day make the living room quite messy but its fun to see what their little minds can do. 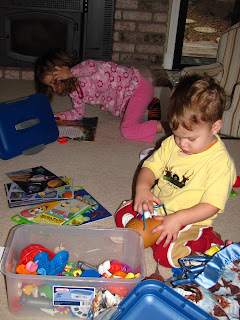 Michael gets bored with his food and will start making snowmen and eating the snowmen. This snowman consisted of kiwi, chicken and peas....which he ate together. I had to laugh, but he immediately smiled and said, "dewishus!" 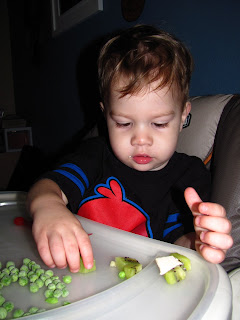 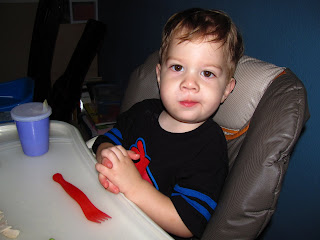 Penny, playing with the streamer. 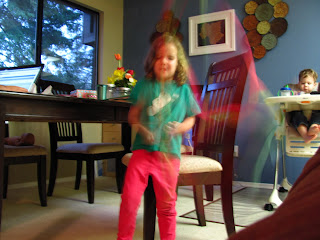 When Michael gets ready to play in the snow, he means business. 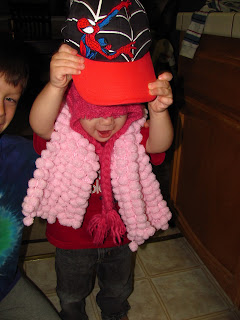 While I was out of town, Sean had all 3 kids and had so much fun. I came home to stories of green pancakes for breakfast because they had the coolest dad in the world. Hee hee, made me smile. 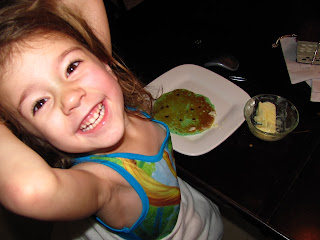 Who's that tub of goo reading to her kids? Oh yes, thats me after not seeing my kids for 3 days. We snuggled up for some good reads....though Michael could not find a comfy spot on my lap, beside me had to do. I wish I could say I was ready to pop here....but I'm not. I'm only 33 weeks along.
Holy Hannah its gonna be a fun 7 more weeks! 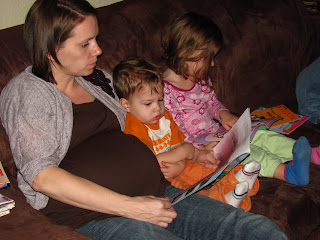