We have had some very very silly days around our house. I could not help but pull out the camera when all 3 kids were all over Daddy. I love this one of Michael trying to lift up his head, Penny jumping on his chest and Dominic taking the blanket off his face before he attacks again. He is a much better sport about rough and tumbling on the floor with the kids...I have too much going on with my body right now to enjoy it so I just sit back and watch. 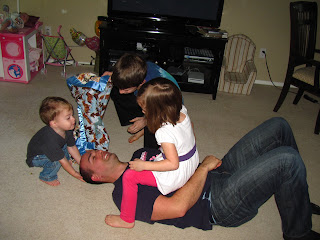 We have been looking for an Angry Birds shirt for Michael since before Christmas. This kid loves Angry Birds. He isn't really obsessed with playing it, though he does now and then, but he really just loves all the birds. He was so happy when we finally found one at Khols (and secretly, so were we!). He shows everyone this shirt when he wears it. 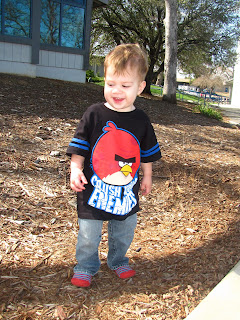 Penny has started the venture of labeling product. She mad $3.64 this particular day, labeling 182 DVD's. She worked hard. 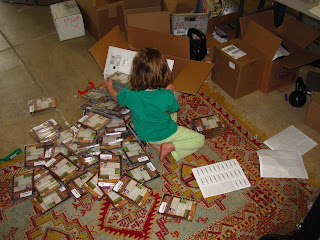 My birthday was last Friday but Sean and I went out and left the kids with a babysitter. This meant that we had birthday pie on Saturday (I let Sean and the kids pick out the dessert since I'm not picky about sugar). It was yummy.
I love that Michael is helping me blow out my candles (we could only find 4 candles bc Michael got into them a while back and broke a bunch).
That is one big mama right there. =) 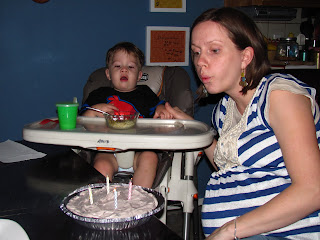 Penny and Dominic love to play video games together. Dominic is really good about teaching her how to do it instead of doing it for her. Penny loves to be any of the girls in Pirates of the Caribbean. 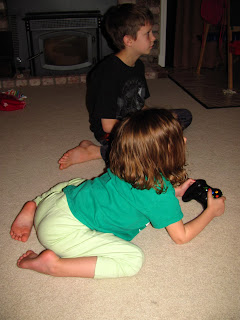 Saturday morning we watched Dominic's last basketball game. Michael was so cute about cheering for everyone. Anytime he heard people cheering, he joined in. At one point, the lady who was sitting next to us was waving and yelling at her dad who had just walked in the door so that he would come sit by them, "Dad, over here! Dad, over here!"
Michael then yelled, "Good job Dad! Yay Dad!"
We had a good laugh 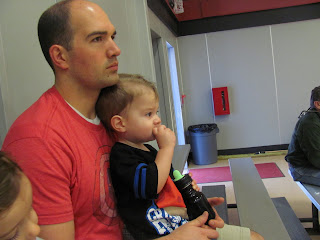 Dominic is on the dark blue team, #5. They did a good job this year though they lost every game. They lost a couple players at the beginning of the season and they really were at a disadvantage against EVERY team they played. I was proud of Dominic though, he hustled every game and really learned some great fundamentals. It was his first season playing and he loves it. He'll definitely play again next year. 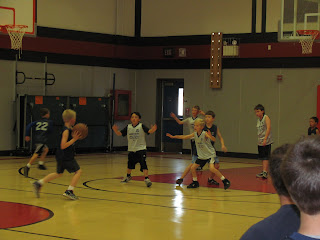 Getting some instruction from coach at halftime. 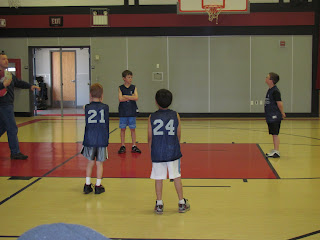 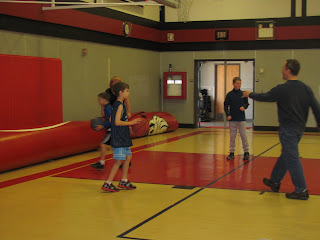 We went to a movie party at the church a few weeks back. I took my 3 plus 4 extra kids. It was a fun, busy evening. 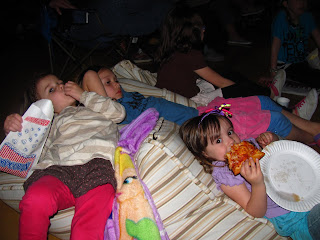 Penny will sometimes randomly choose stuffed animals and take pictures of them. I love that her world, and reality are mixed here since Dominic is in the background doing schoolwork. 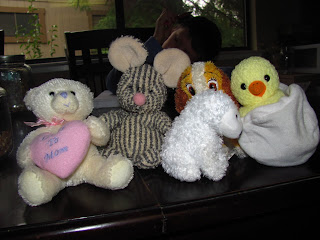 We went for a walk around Cameron Park Lake on a beautiful Friday morning. I think Naomi and I got a teency bit of color to our face and arms. It was nice to get out and enjoy the sunshine and let the kids explore the turtles and geese at the lake. The walk around is 1 mile and then we played at the park. It was the perfect morning stroll (even if I was a bit sore later). 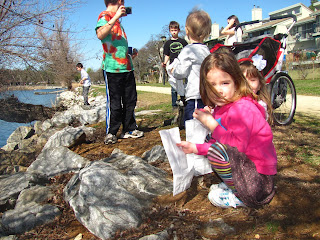 They cut some reeds and whipped them around. 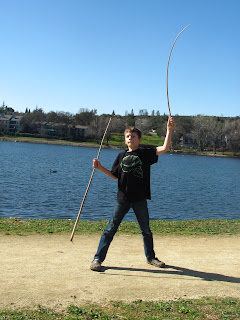 I loved this tree, all gnarly and twisted. Naomi said she thought it was a fig tree... anybody know? 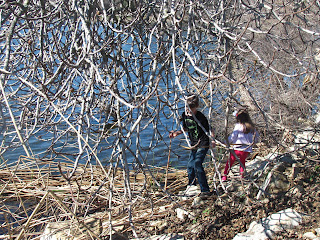 The turtles were out sunning themselves. 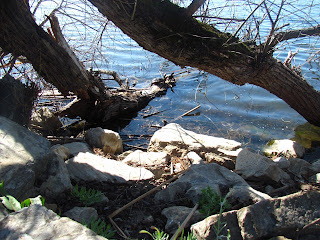 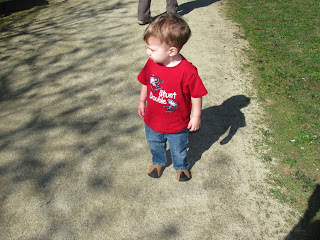 Getting started with the sticks. I gave Penny and Catherine a white paper bag to collect things they saw. All they collected were a bunch of random rocks.... so funny. 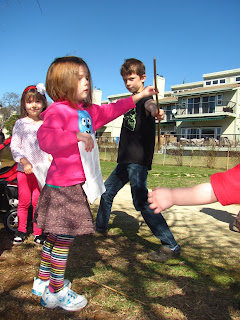 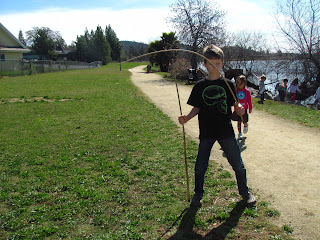 This kiddo loves to hide under blankets. He also loves it when people hide with him...its like a secret giggle session. I love it to. 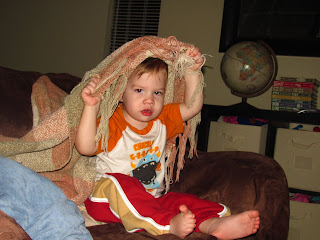 we have been enjoying this weather as well. Spring is awesome. Micah just ended his b-ball season too. it was a ton of fun.

I know there is a fig tree on CP Lake, but I don't know if that is the one.