Gma Visit and a Second Christmas

Penny Gma came to visit this last week and brought with her Christmas presents she hadn't sent because she wanted them hand delivered. What a fun treat it was!

Penny read a book to Gma and was all smiles. She's kinda a stinker about reading to other people. She loves to read to Dad and I, but gets all shy to read to anyone else. Maybe I"ll sign her up at the library to read to the dogs to get over that fear (they seriously have a program to do that). 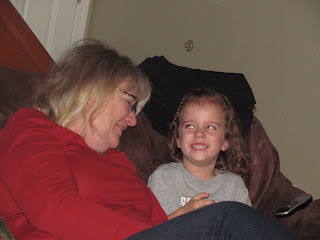 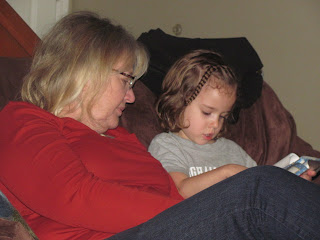 I love it when these two play together. Despite the 5.5 years between them, they play like great friends most of the time (she's the stinker if it happens at all). 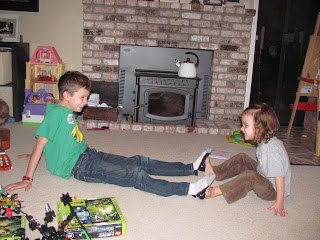 Pretending to pick his nose when I went to snap a picture of him doing his schoolwork. 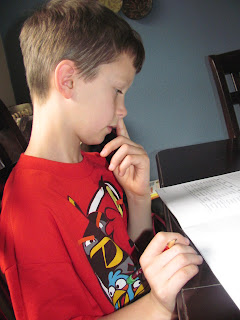 Showing Grandma Starfall. Michael LOVES Starfall. Penny has recently discovered GBS kids (PBS kids but she insists on calling it GBS kids) and so starfall is no longer her favorite but I don't really like PBS kids so she only gets to play it every so often. 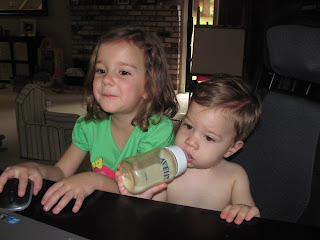 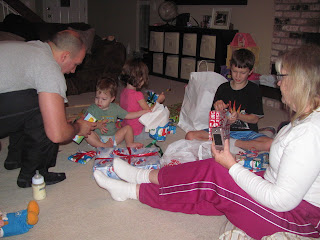 Michael loves legos and so was super excited to see the lego duplo box! 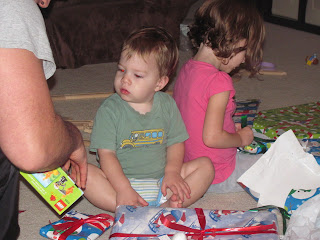 This kid was all smiles about his lego set. 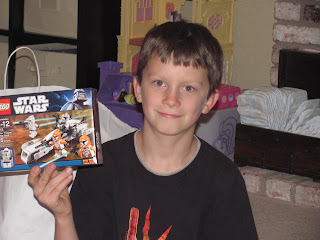 Penny wore her shirt the next day. Snugglesaurus 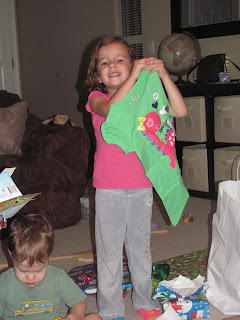 Michael wanted to wear it immediately 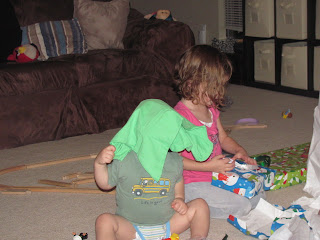 Dominic got an angry birds shirt. Whenever he wears it Michael wants to hug and kiss all the angry birds. 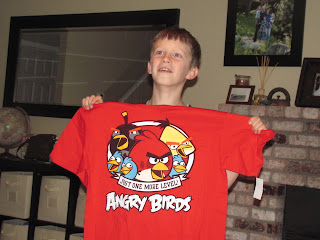 After putting on Penny's dirty socks, he snuggled into Grandma for a drink of milk. 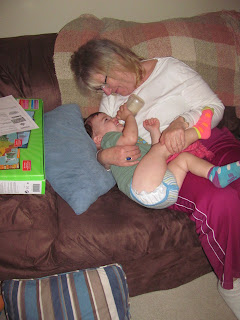 then to my lap for some popcorn. 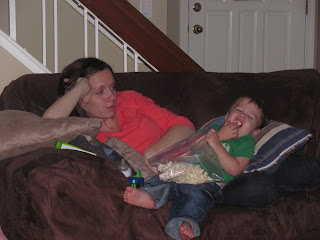 So, I found this really cool website with lots of great learning games for boys ages 7-12 (www.cleverdragons.com). The character they give you in the game looks exactly like Dominic's cousin Micah. Its funny. 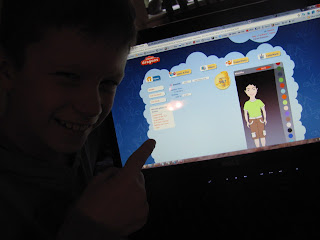 I made this board to write notes to Sean since we don't see him in the mornings. Penny found the pen and decided to write Dad a note too. I love it. So far, the only note Sean has written me said, "I love you because you make babies." So sweet darling, so sweet *cue sarcastic voice* (can you be a bit more creative than that?)