Again, two ones of anything are a hit for Michael. He also cannot eat without a fork...no matter what he is eating. I love his "just woke up" face and hair. This is by far, one of my favorite ages. 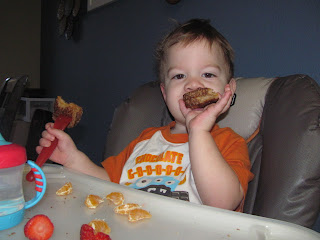 We had a friend in town for the week and he come over after business every day, late at night, and slept in our livingroom. The kids LOVE this blow up mattress. I can pretty much bribe them to do anything if I tell them they can blow up the bed. Afterall, its so fun laying there while it smooshes you just before it picks you up off the floor. 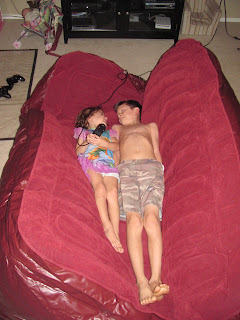 I don't know what I did with the buckles for the high chair, but they are missing. Michael takes full advantage of that fact. He's never fallen out.......but he sure does crazy things. 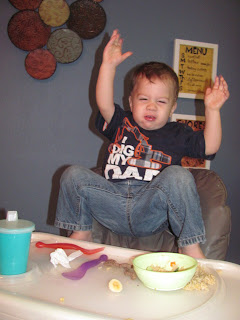 I love this dress. I found this dress probably 3 years ago at a thrift store with tags still on it. She's been wearing it for the last 2 years and its one that I seriously LOVE. She looks so pretty in pink...and its a good thing too, cuz more than half of her wardrobe is PINK. 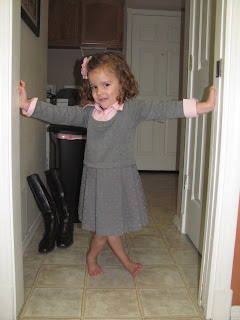 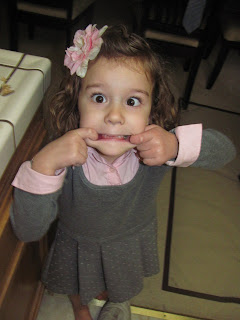 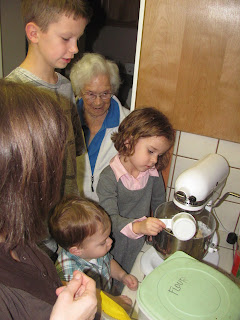 These robot blocks are so fun. I'm glad I bought a few packs of them. The kids can really build quite high with them. We have 3 sets and have found that any more than that many packs would be higher than you could build......and anything less and you don't have enough to share. Penny always insists that I take a picture of each of her creations. 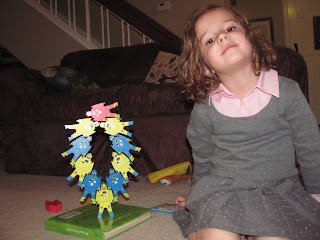 Dominic wanted to do a soap carving. What cracked me up was his preparation.  He prepped his area, got out his knife and then proceeded to stick out his arm and slowly trace a circle in the air with the back of his knife (covering the blade with his hand). I asked him what he was doing and busted up laughing at his very frank, "duh" like response.......wanna know what it was? hahahhahah "Blood zone mom, I'm clear to start carving." Dominic, please don't stop being you, I just love you.

He's also started liking to do his hair in a faux-hawk. Not sure where it came from really, just out of nowhere he started coming downstairs with his hair done. So cute. 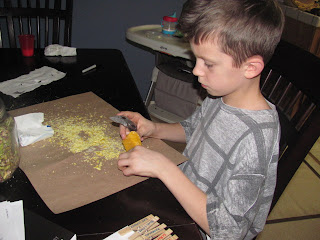 This kid loves his 49ers helmet. I love the chin strap that comes with it. Too much.....seriously too much cuteness inside that helmet. Also take notice that he's wearing his sister's Sunday Dress shoes. Nice tough there bub. 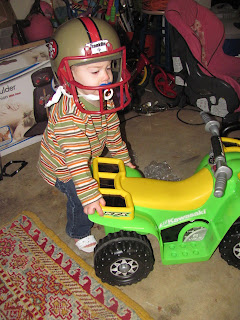 Penny decided to make a cheese and graham cracker sandwich. She at the whole thing but then said, "I think I'm just going to have a normal graham cracker now." Silly girl. 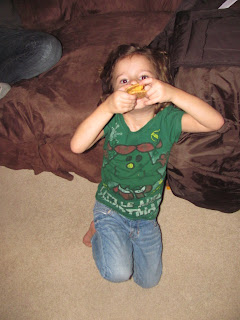