The Saturday after Thanksgiving we packed up all the kids, shovels and beach chairs (and snacks....always important) and headed to a tide pool in the afternoon and played around looking for crabs, starfish and seashells. Moss Beach (off the PCH) was a beautiful private beach with amazing homes overlooking the Pacific Ocean in So-Cal. So darn pretty.

We spend a good 1.5 to 2 hours combing the beach before the sun went down (it happens so fast!) and it was time to go home for dinner. Dominic had a blast exploring with his cousins his age and Penny was thrilled that my sister Julia brought her shovels (definitely on our list of things to get this summer. She LOVED digging!) Michael didn't so much did the beach as he doesn't like sand very much and so we were glad we had the back pack in the car still and he spent most of the time on Sean's back.

It was nice to be able to spend some time with Sean's brother and my sister and their families out somewhere where the kids could play and explore with us. 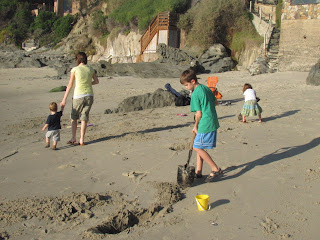 This is only 1 of about 30 pictures we got of Penny shoveling. We'd pull her away to go see a hermit crab, or a sea star or whatever else (she hated the rocks covered in mollusks, they creeped her out and she didn't want to walk around them) and she would quickly return to her shovel, completely content to dig holes in the sand. 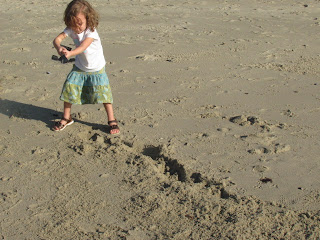 One of the bigger crabs we saw that day. I counted probably 10 or so sea stars that I found. They were really neat and my bro-in-law Dan was even able to find one that wasn't attached to anything and so we could hold it and such. You were not allowed to take ANYTHING from this beach, not even a sea shell. But that was okay, thats why its such a neat beach.....because all the wildlife stays there. 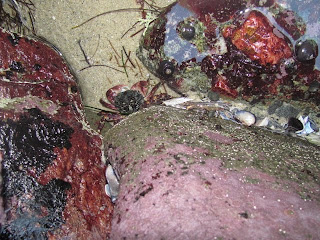 Sean found a few hermit crabs and was showing them to Michael. He was really fascinated by the crabs and over the next 3 pictures you can see how he went from curious, to joyful to wanting to pet them. So cute. He loves animals and usually says with a scrunched up face, "aawwwwwww cuuuuuuuuuuuuuuute." Its pretty much the most adorable thing ever. 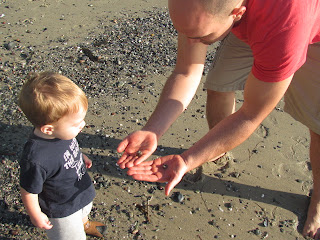 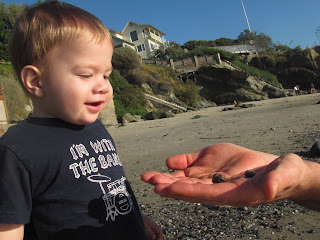 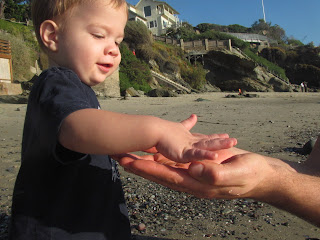 Denali and Dominic were scaling this rock behind them until I reminded them that its super easy to go up but not so easy to come down. They realized I was right. I had to help Denali down a little so she wouldn't slip. I did that one time when I was pregnant with Penny. Dominic and I went climbing up a rock that didn't seem so steep until we turned around to go down. I then realized that it was really stupid of me to climb the rock so high, 6 months pregnant, with a 5 year old who doesn't understand his boundaries about climbing, in flip flops. We crept down the face of the smooth granite rock with prayers being said the whole way down between my gritted teeth. Angels were with us that day thank goodness. 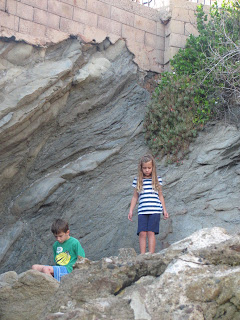 Michael getting some reprieve from the sand while he sits on his uncle Dusty's lap. 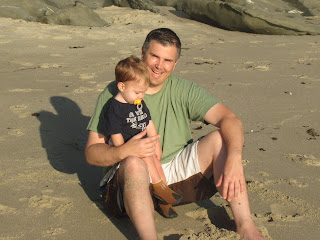 This picture melts me. Penny and Brody are about 8 months apart in age (she the older one) and I love this shot of them. 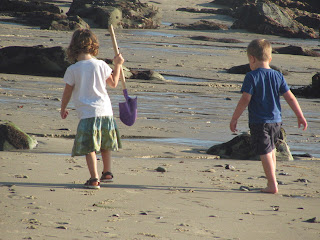 Serious digging had by all. Michael got in some serious snuggle time as the sand was stressing him out (he hates it!). This was while Sean was hiking back up to the car to get the backpack. In the meantime, he made himself at home on top of the baby bump with his arms tucked in underneath him. So cute. I love that he is so snuggly still. 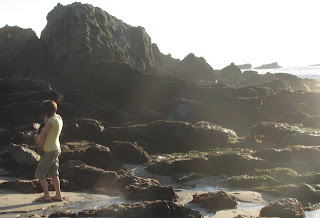 And then the backpack came to the rescue. Hallelujah! 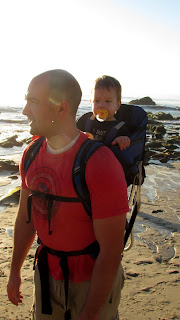 More digging with her cousin Dylan. 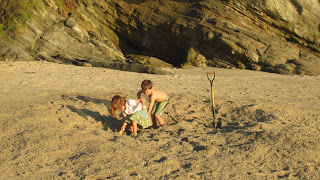 I love this picture of Dominic. Even though he's not smiling, I love the lighting (though my camera isn't that great in this lighting and didn't quite get it in focus. 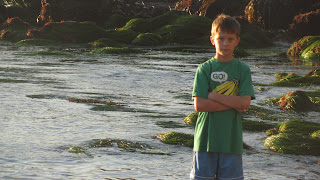 Brody loved showing everyone his Clam Shells. Over and over and over. He was pretty proud of this one. 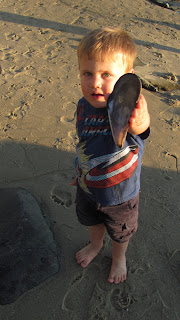 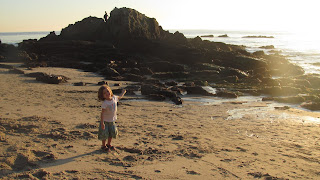 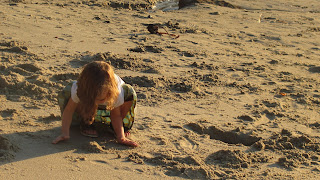 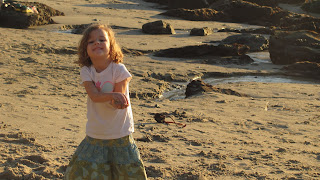 Michael got out of the backpack just before the sun went down and decided to try to dig a little. Keep practicing son, keep practicing. 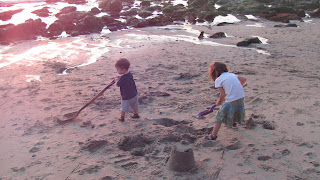 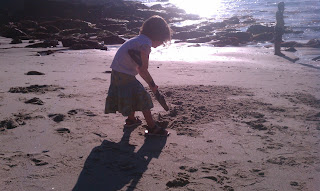 This picture makes me laugh, not because of Sean and Michael....but because of the dog named Denali in the background. She kept running around on all fours barking. Silly goofus. 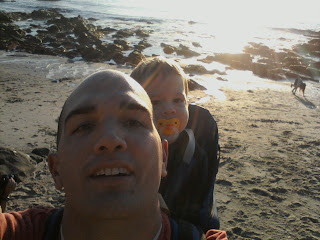 Just as the sun went down behind Dominic's ears. Lol. 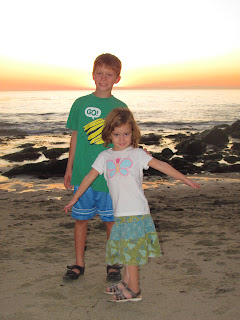 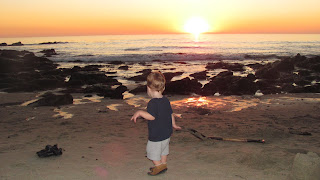 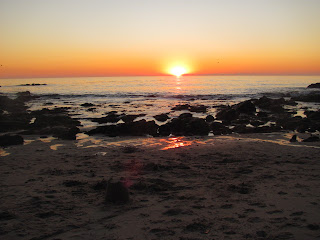