Its been getting dark pretty early (7:45pm or so) so we've had to put our bike rides earlier and earlier in the evenings. We don't go more than a couple of miles, but the kids really enjoy getting out and going fast!
So far we've gone a couple of times a week the last few weeks.
Now, if only Sean's bike was working he could join us.

Dominic is really learning the rules of the road and Penny loves that she gets to ride like a big girl this year! 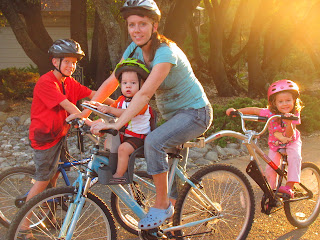 Thank you Sean. You always seem to get my best side. 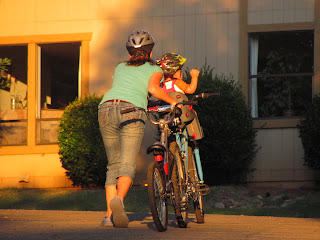 Yes, people look at us like we're a little crazy but its more than just the bikes we ride. =)
When Dominic was in second grade (and I was pregnant with Michael) I used to ride him to school on back with Penny in the seat in front of me (she was 1.5)....now THAT was a heavy load. This feels like feathers in comparison. 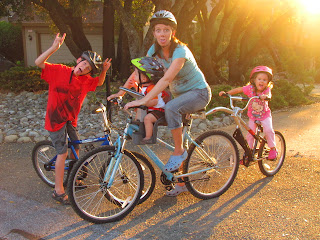 When we get home, Penny usually likes to ride her other bikes around a little. This balance bike has been awesome! She can really balance well without the false sense of security that training wheels sometimes create. She started out not liking this bike very much but now that she's got the hang of it, she prefers it. 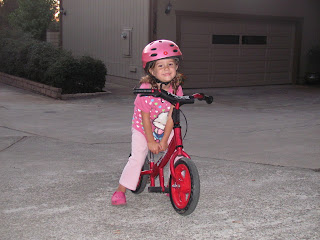 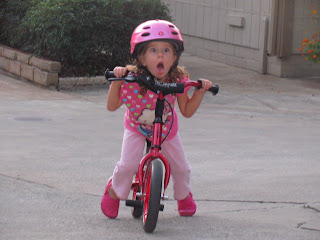 So check her out. The bike actually has a hand brake that she knows how to use! So funny. She loves seeing the skid marks that she leaves on the cement.
Posted by Katie at 11:50 PM