For our history curriculum, we are studying ancient history and civilizations. During the first chapter, they talked about how we know information from those times. Archaeologists are able to study these people because of the things they left behind and we've taken those clues and made our best guesses about how they lived.

So, to help Dominic understand this, I set up a dig site. I wish we had actual dirt in our backyard, but piling lava rocks and wood chips over objects worked just fine too. He used a paintbrush and chop stick (official archaeology tools) to uncover items and then mapped them on his paper. 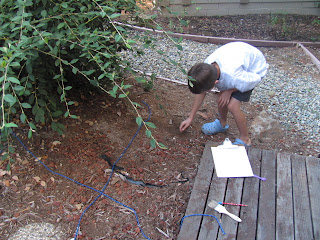 He, at first, didn't understand why he needed to and how to map them on his paper, but quickly learned the why and the how. It was fun and he had a blast. Penny even went inside and found a few things to hide for him too........ 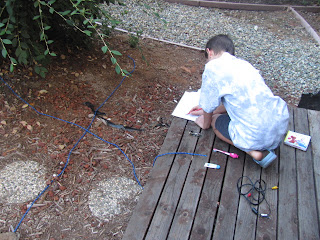 He was able to then take the things I did (toothbrush, cords, toy car, chapstick, childs book, spoon, credit card) and write how he thought they applied to the daily lives of the people who used them (us!). 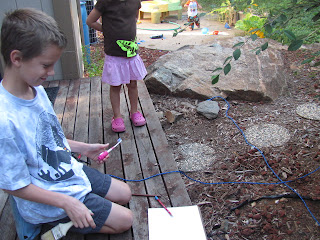 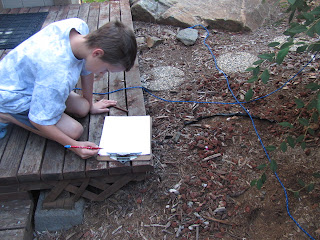 Michael got in on the fun to but mostly just wanted to explore. 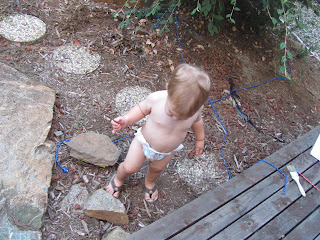 That was so much fun that Dominic then hid all the objects again and Penny got to find them. He was all smiles while she was searching for them. 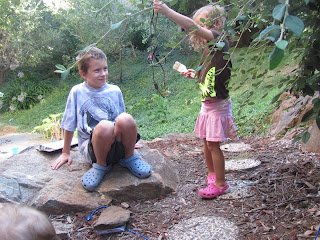 Her glee with each find was awesome. It was like Christmas each time. 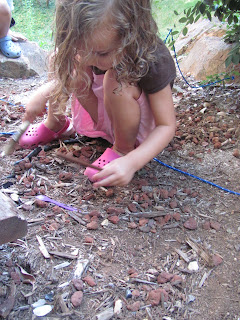 Chubby baby, always on the move! 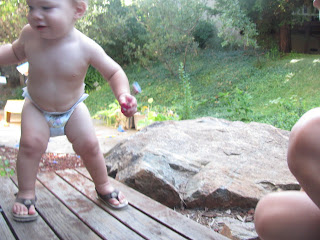 He was mad when it was time to come in, but he was definitely ready for a nap by the time we were done. 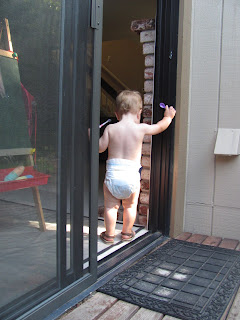 More and more we are finding time to do things together as a family. Its been a fun challenge to get everything done in a day. Some days are better than others. There is constant whining from Penny lately and Dominic resists things that he just doesn't want to do. But, we're finding ways to get around those walls and its been interesting.
Posted by Katie at 12:57 PM

Will you teach me? That looks so fun :)