Michael thought he would stand up on the step stool and see what all the hubbub is at the workstation. He had a lot to say about this but it was all jibberish. 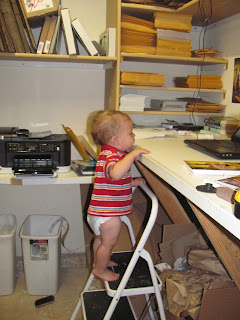 Penny put on her fancy hat and played with macaroni and cheese boxes on the floor like they were building blocks. She's so funny. 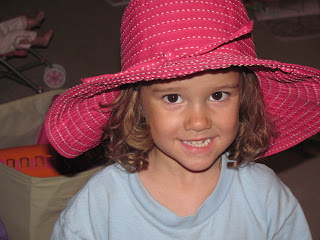 The kids got their face painted at a home school picnic. Dominic's took FOREVER and since they did it with poster paints, it dried all funky and felt like dry skin. He could only handle it for so long before he wiped it off. We all had a good laugh about this picture though. 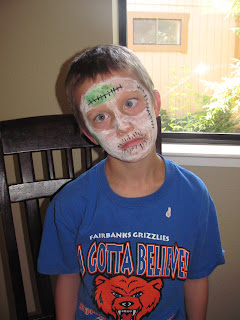 And while that last picture made us giggle, this next one of Dominic had us in stitches. Preface: Dominic asked me to take a picture of him doing a spin kick. Apparently, in order to do a spin kick, you also have to make an absolutely hideous face to go along with it. Pretty silly kiddo. 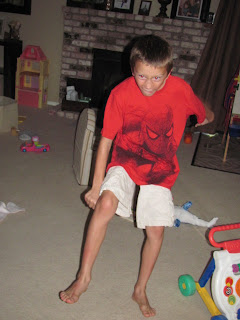 This was more the action shot we were trying to get, except I was hoping that the shutter speed would be faster and his arms and legs would show. 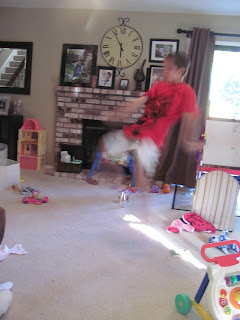 Michael opens the pantry and brings us food all day long. He loves Pirate Booty. His favorite food from the fridge is cheese. 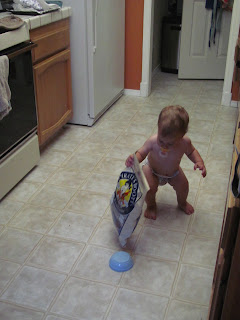