Today Michael decided that he wants to be a climber. Last week he learned that the kids have a slide on their bed that is fun to climb and then slide down on his belly and once that began, he started navigating more rugged terrain. Today I found him already having scaled a tipped over chair to get on top of the kids card table. He wanted the tea set that was up there and couldn't reach it because it was on the other side (walk around kid!). He's getting so big.

I love this handsome smile. 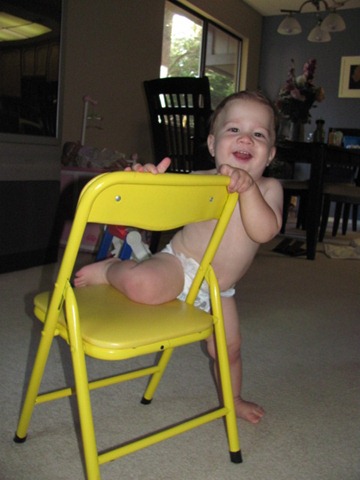 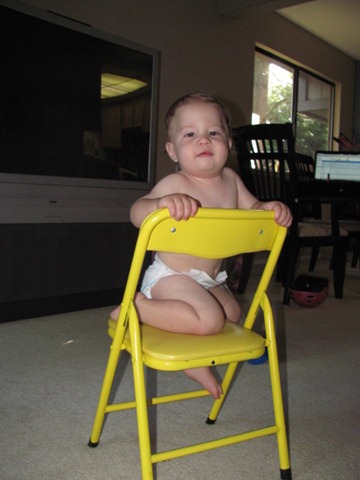 Oh, look at that. On one foot even. He's getting so big and has such good balance now....maybe one of these days he'll take off walking. So far he can take 4 steps before he falls over (and the last two steps barely count because he's mostly halfway fallen already). I don't mind though.... 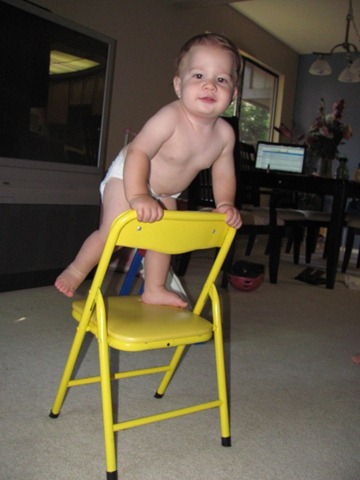