So this post is super long so I'll try to keep the text short (try being the key word). I've been busy busy lately just enjoying my kids that I haven't thought about blogging it. That and google was having some issues and it was all of the sudden harder to blog because of the other program I was using. Problems seem to be fixed though and here I am again. =)

I love this shopping cart. It was well worth the $40 we paid for it over 1.5 years ago. Michael loves to push it around. 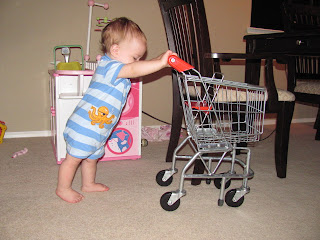 The kids playing in the driveway. Penny got out the camping chairs to watch Dominic and Davis play 4 square. 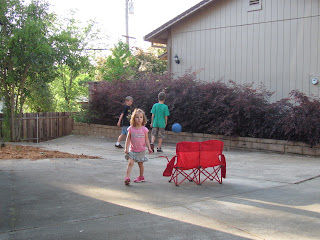 Michael loves cars (he's such a boy) and will push them across any flat surface. 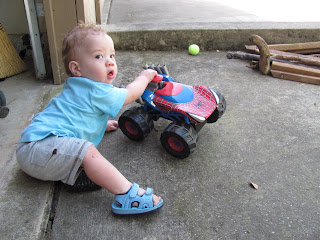 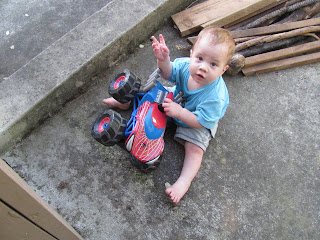 Awwww...he did get a haircut this week. 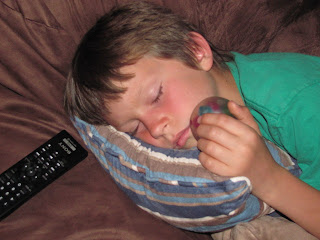 We opened Michael's birthday present a month early because it was so hot! He loves it! Mostly, he's found trying to drink out of the little cup holders that I fill with water. 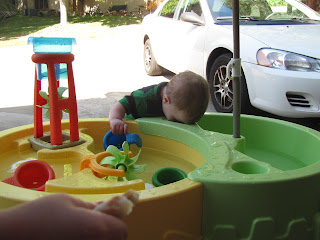 Walking around with a quesadilla hanging out of his mouth. This kid is CONSTANTLY eating. 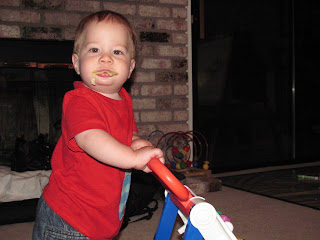 The rings are a big hit at our house. Everyone likes to play with (and fight over) them. 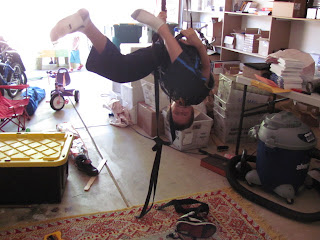 I screen printed a few more shirts for Michael I liked how this one turned out. 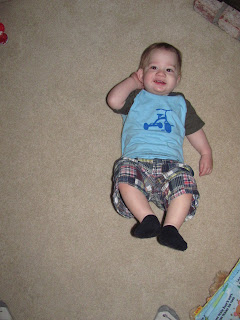 He's not ALL boy. He love the baby dolls and will be such a good daddy someday. 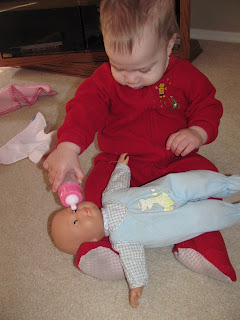 Penny painted for hours this day. She enjoyed mixing colors to make other colors. 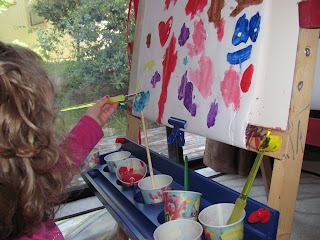 I love the pose. 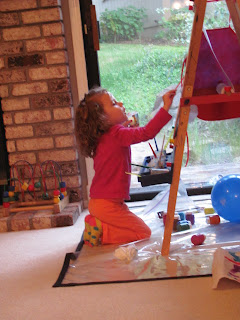 With a curl in her face. 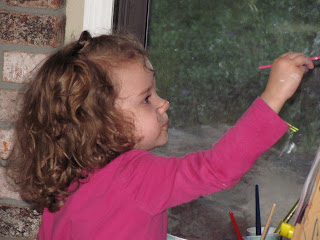 I let her experiment with water. Pouring it from glass to glass. She LOVED this and was quiet for quite a while at the table. 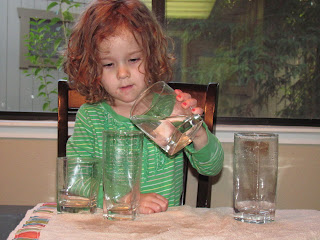 While Michale watched and pointed. 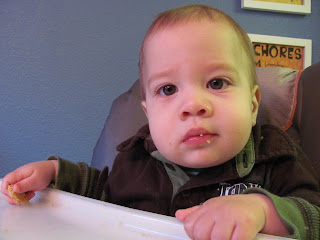 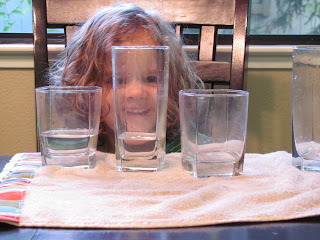 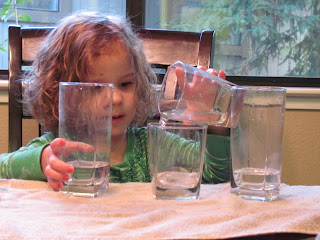 Dominic made Ironman with his legos. He was pretty proud of the hinges he found for elbows. 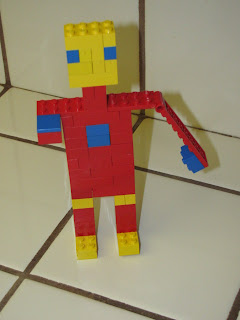 I love this picture of Michael bugging Dominic and Dominic enjoying it, but trying to not have it mess up his game. He absolutely loves his big brother! And the studious look on Michael's face is priceless. 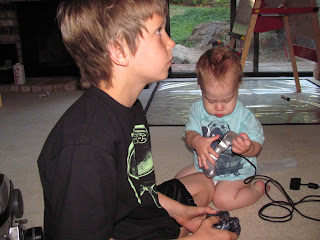 Thanks for the update! I was starting to wonder where you guys were :) I love those kiddos!