Dominic participated in the Biathalon at his school this year. We did out best at training for it, but really after the first week just could not keep up with it and everything else (especially after spring break!). He gets plenty of exercise though so its not like he wasn't going to be able to finish it. He had a great time!

Here he is by his bike. His friend, Dominic, showed him all the tricks to having his bike be ready (park it in backwards, on the end of the row, helmet on the seat). His tips were so cute and so good! 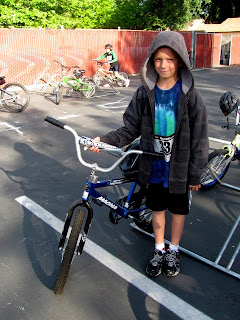 He wore his superman socks. I seriously could eat this picture. He says he didn't mean to wear these socks on raceday, but in my heart, I secretly hope that he in fact did and was just too embarressed that I noticed. It is too cute. 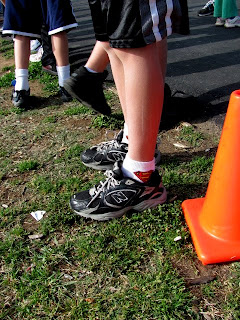 Most of the 2nd and 3rd graders lined up at the starting line. They had to run 1/2 mile and bike 2 miles.

Towards the last stretch after the two long loops around the field. 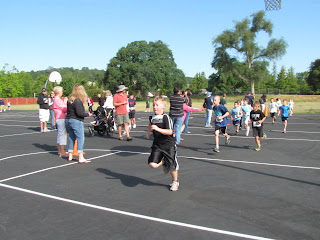 He's got Hirt legs for sure. 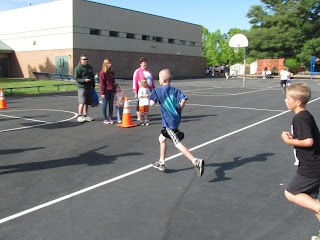 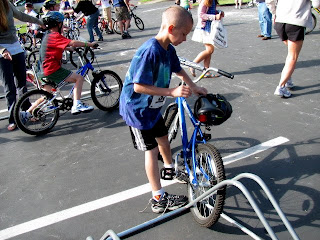 His bike was small compared to the winners, but he wasn't the only one with a one gear bike.....gears would have definitely helped though. We had a nice physics lesson on why the size of wheels would have helped too though. He totally got it! He had fun and understood that due to his equipment, he had a slim chance of winning but he made the best of it and did great anyways! 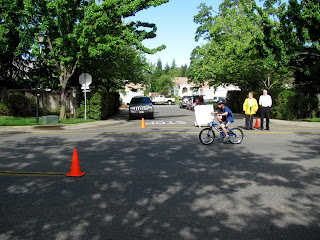 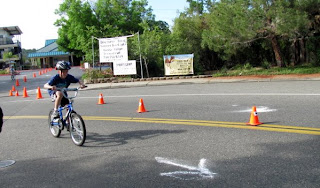 He's headed towards the finish line, I think he got about 8th place for the boys out of about 15 or so. He did really, really great and best of all he was all smiles at the finish line. 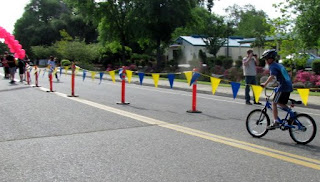 Way to go Dominic! Did I mention I love double digits? 33 was my basketball number my senior year of high school. 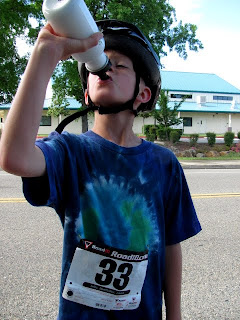 I am so proud of this dude. He's going to be my running partner someday soon, I just know it.
Posted by Katie at 1:14 AM

that looks so super fun. I wish my kids had something like that to do. Micah did a "iron man" in PE class yesterday that he has to qualify for. It was pretty cool but I couldn't go watch. :(

WAY TO GO!!! I should make my kids do something like that! Maybe I'll organize a neighborhood biathlon!! It's a great idea! Way to go Dom!