When Sean and were first dating I used to make spaghetti sauce from scratch in 20 minutes. I’d throw some tomato sauce, tomato paste and some spices in a pot and let it simmer for 20 minutes. It was good sauce to me at the time. He told me that his mom took all afternoon to make spaghetti sauce and he was questioning if I knew what I was doing if I could do it in so little time.
“Well I don’t doddle,” was my response; which totally came out wrong (hi Sean we’ve just started dating, in case you were wondering….I think your mom doddles).
I’ve never been able to live that comment down. Recently I’ve started making spaghetti sauce from scratch again and have decided to try  my hand at doddling while I make it. It makes for a WONDERFUL sauce that my kids gobble up (even Dominic who has an extreme dislike for red sauces) and Sean is all smiles at the dinner table.
Start with 1 large onion (I had 1 small purple onion and a large bunch of green onions that I used the bulbs from). Dice the onion and add fresh garlic and simmer till onions are translucent. 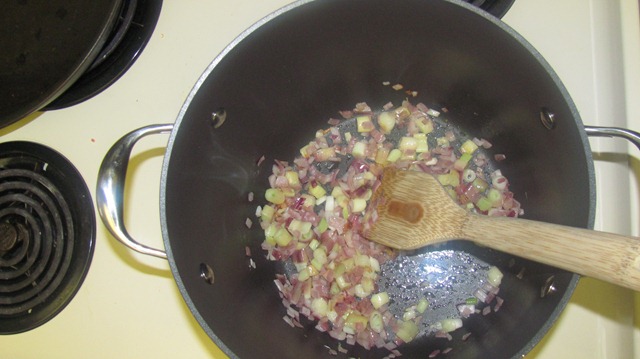 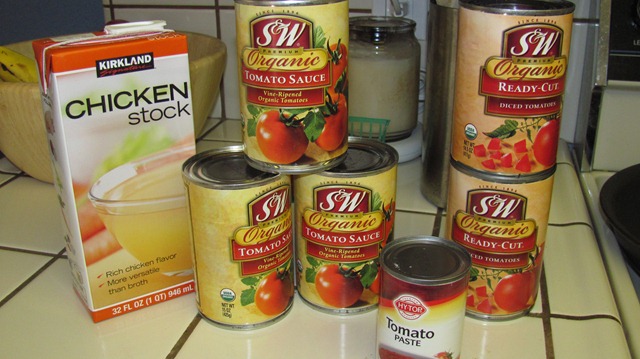 Take the 2 cans of diced tomatoes and onions and put them in a blender to puree (my family doesn’t like chunks in their spaghetti sauce. If you like chunks, skip this step). 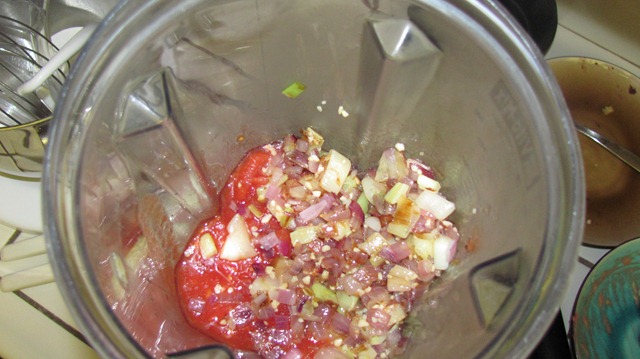 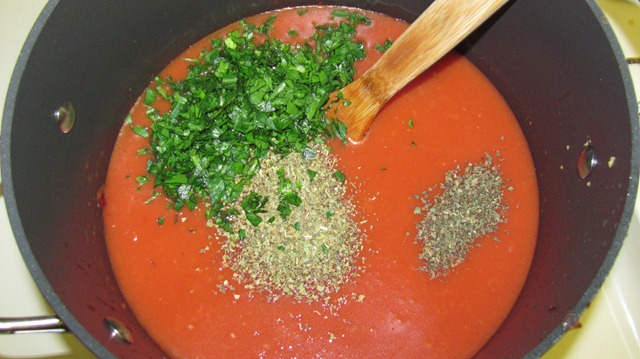 I forgot to take an after shot because we were so excited to eat it. I have been using turkey burger for the last 5 years and I love it. I think it tastes better than hamburger when used in spaghetti sauce. If you haven’t tried it before…..now is the time.
So, If you find you have a long day around the house planned with cleaning and chores or working or NOTHING, throw on a pot of spaghetti sauce before lunch and treat yourself to a completely home made SAUCE come evening. Its really the best way to end a day! But please, make sure you doddle……it is the secret ingredient.
Posted by Katie at 10:11 PM

I love making spaghetti sauce from scratch! Thanks for sharing - I am inspired to make some sauce next weekend!

Hmmmm, some ingredients I wouldn't have thought to use :) I'll have to try this. Adam's mom makes a MASSIVE amount of spaghetti sauce in her HUGE slow cooker and let's is go literally ALL day! They then separate it into containers and put it in the freezer. It lasts for months including using it for Sunday dinners, which usually has a minimum of 4-6 adults and 2-4 kids.

so what's wrong with sauce in a jar. not there is no dawdling!

Yes, yes. Thats what I do (we eat some that night, put one jar in the fridge to use within the week and the 3rd jar in the freezer to use the week following). Its so nice to have amazing sauce on hand at any given moment.

Mom, whats wrong with jar sauce you ask? Make some sauce, add some doddling (is it spelled dawdling?) and then you'll know. =)