So again, as in years past, we don’t mess around when it comes to Easter Egg dyeing. We did it a little early again this year because Dominic was leaving for Alaska and that way we had another egg eater for a few days before he left. We tackled dying 5 dozen Easter eggs on Monday night for FHE.

This year was fun in that neither Penny or Dominic needed assistance and Dominic was really quite creative. Even after doing 5 dozen eggs, my kids could have kept going. There is never enough! 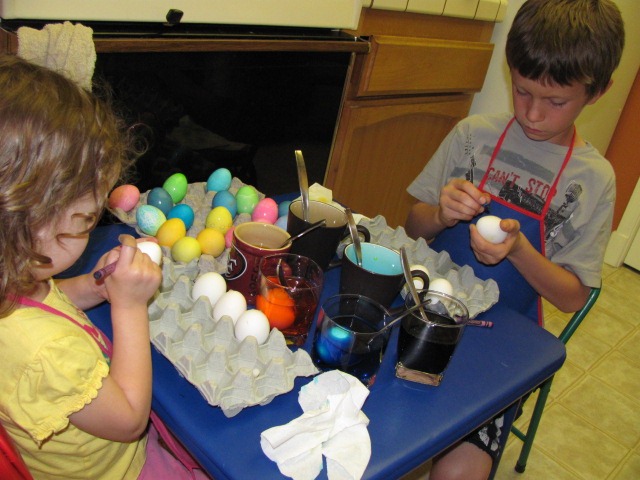 Penny learned what fun things the crayons could do and there was no stopping her. She scribbled and scribbled and even was successful in making a happy face which is really hard to do on a curved surface! 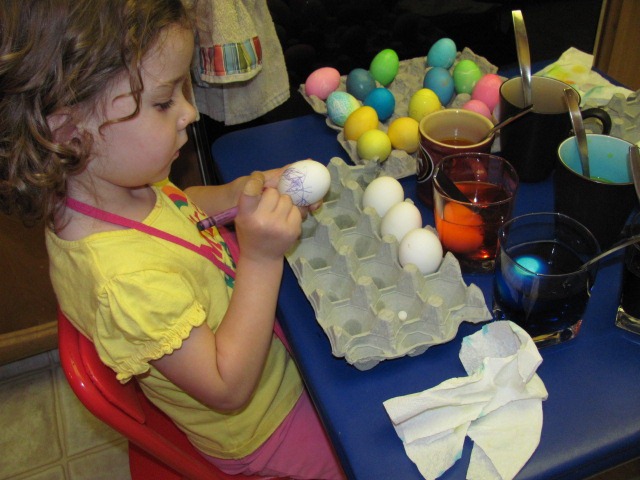 I told Dominic the art of making dinosaur eggs like my brothers used to do. He had fun dipping a few eggs in every color till he could get the perfect brown. 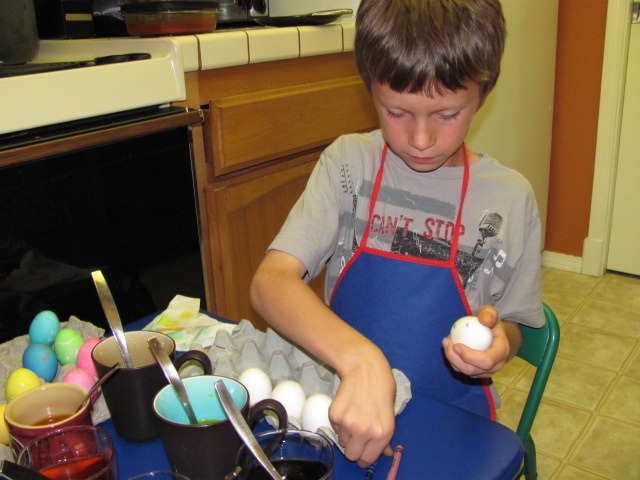 We skyped with Penny Grandma and Michael just hammed it up! He made a mess of the strawberries, I’m not sure how many actually made it to his mouth. 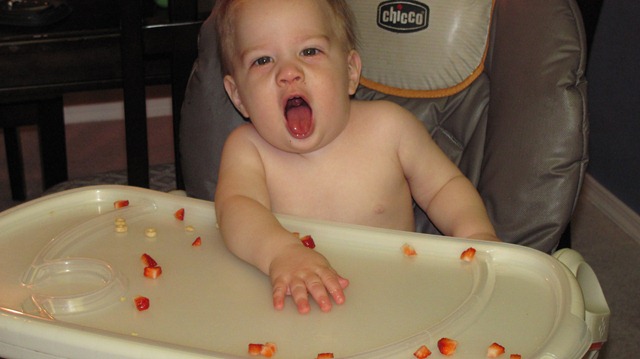 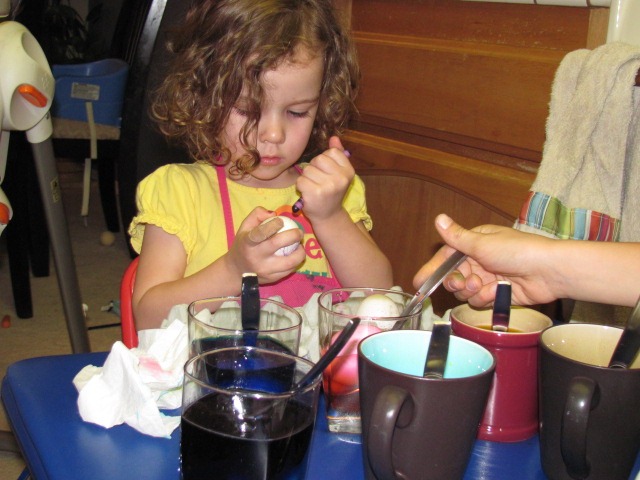 Notice all the colors of the eggs on Penny’s side? She was a little biased to the pink dye directly in front of her. 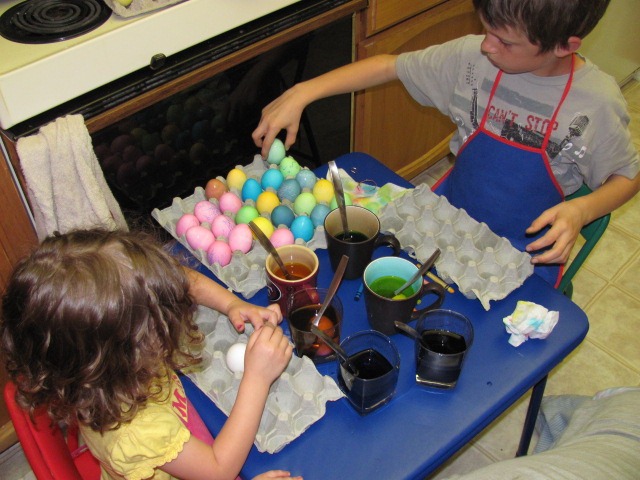 Half of the finished products. Eggs anyone? 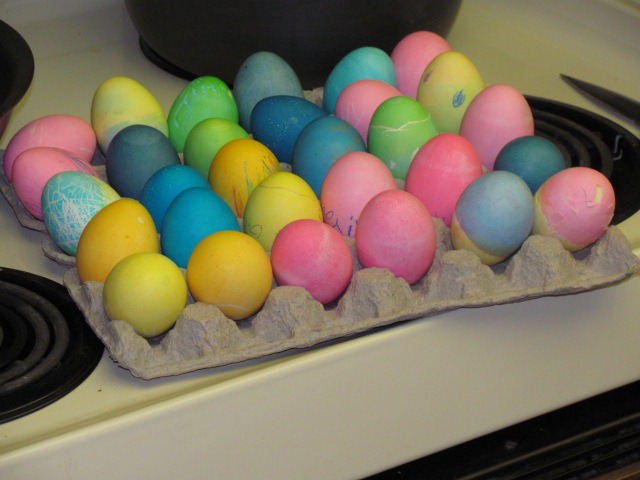 Somebody was a little mad that he couldn’t actually get down and play with the eggs. And I think mad was an understatement. 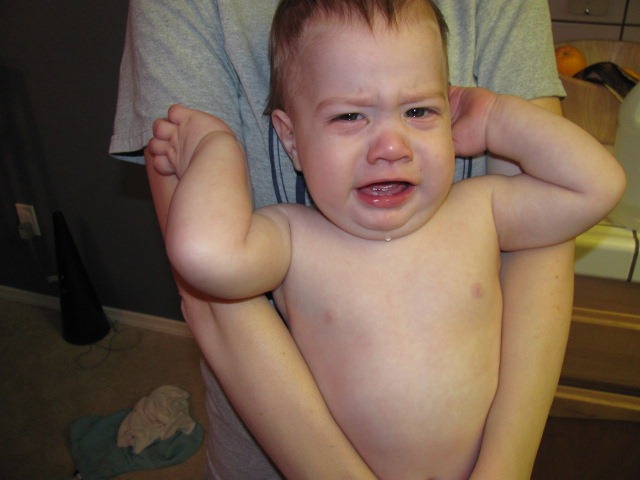 So then we proceeded to have an Easter Egg hunt that night. I hid 30 eggs in pretty easy places and Penny and Dominic searched and searched till they got their trays full. I LOVE the surprise of a good find. It was a fun night

However, when all was said and done we had one lost egg and for the life of me I could not find it (even though I hid them all). I looked again and again and again to no avail, this egg could not be found! This was on Monday. On Friday Penny tripped and fell playing and landed with her nose up against Michael’s walker to which she then exclaimed, “Oh, hey! An egg!”

Sean and I were lost in a fit of laughter. I’m so glad we did not have to wait until it stunk up the house to find it. 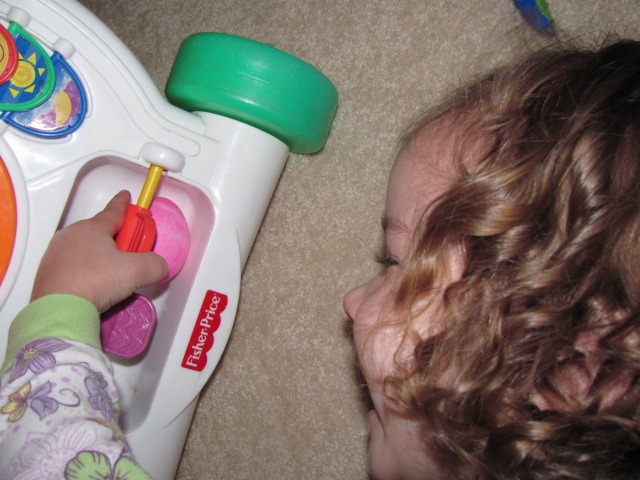 I'm so glad you found the egg! That's so funny! Looks like a lot of fun at the Matteson house for Easter! :)