Sunday night I realized that we hadn't finished making Dominic's Valentines for the following day. Chris and Melody and their 5 kids came and stayed a few nights with us and so we put them all to work cutting out lips and mustaches. It went surprisingly fast with all the extra hands helping. 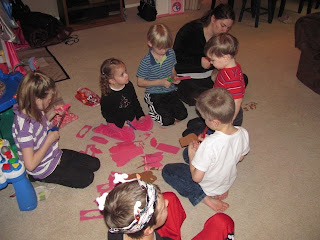 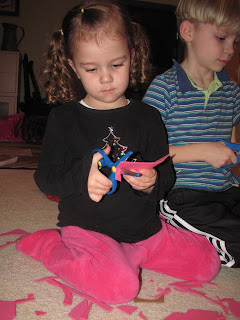 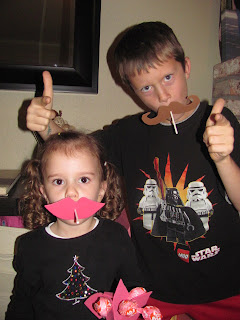 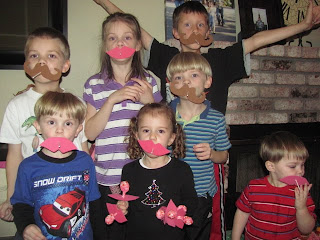 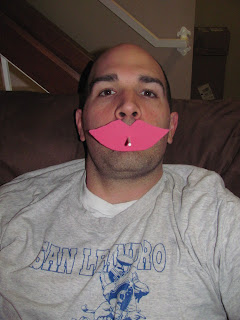 Michael just hung out by the couch pulling himself up to standing. He's really good at it now. In fact, today he acidentally let go and stood there for a second before he was able to grab the couch again. It scared him and he started to cry. Poor sweet baby. 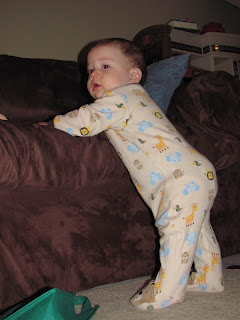 We had valentines dinner by candlelight with Papa Murphy's heart shaped pizza and a veggie delight pizza and salad. So yummy! Then, Penny and I made a large heart shaped brownie for dessert. 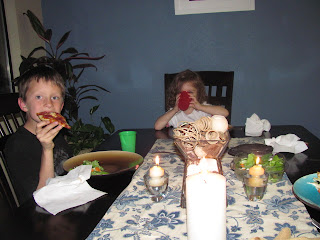 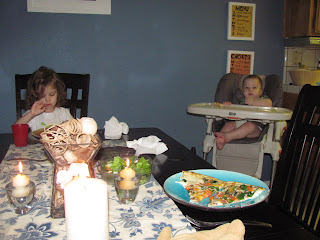 Beside the fact that I started the day off completely upset at Sean because he was Mr. Grumpy pants the more part of the weekend while we had company, we had a great discussion in the evening about it and a wonderful night anyways.
One of the many things I really love about Sean is that he's a great communicator (when he's not tired and/or hungry), he doesn't let me get away with shutting down when I'm upset, and he's able to talk about things without getting offended. We are both good about trying to get to the root of a problem instead of deal with all the distracting issues that can get in the way of seeing the true problem. When I apologize, he immediately and completely forgives me....and from his example, I've learned to be able to do the same.
He's mine forever and I love that.
Posted by Katie at 2:49 PM