Wrestling season is well underway and Dominic is loving it. Sean has been practicing with Dominic at home since he has seen a few matches and knows where he needs to improve. This year he needs to work on how to shoot and how to defend himself when someone shoots in on him. A few matches that he did he just stood there while the guy shot at him and took him down. He had plenty of time to react, he just didn't.

He's loving it though and it will start to click soon. He's still so little that I'm not stressing it. He's having fun and thats all that matters.

Penny took some pictures of Sean and Dominic practicing at home. 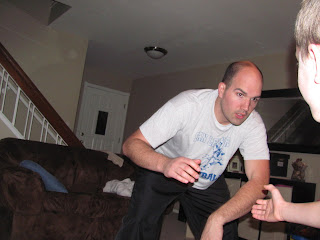 One of his matches this last Saturday. It was a novice tournament (how did I get to be an adult and not know what novice means? I had to ask Sean. Or is child rearing turning my brain to mush. ha!). 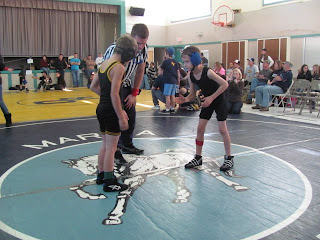 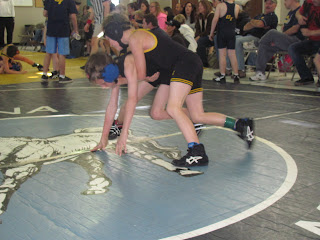 Some more pictures Penny took. I had a YW activity this night and took Michael with me so that Sean could get some work done. Apparently all he did was play with the kids becasue I have no pictures of him working. Thats a good daddy. =) 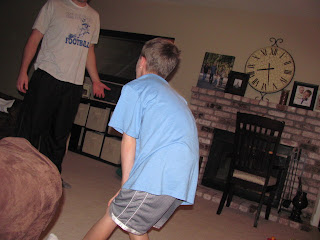 Dominic wrestled at 60 pounds.
Posted by Katie at 9:02 AM