Yup, 3 years ago tonight our sweet little Penny Poo Poo came into our world. What a wonderful little sunshine she is to us. We had such a fun day though next year, I need to get birthday plans finalized BEFORE Thanksgiving. I just had so much to do all week that finalizing the party plans and getting people called was just a daunting task. So, this year we were small in numbers, but we still had a great time and guess what?
Even without all the grandeur...
She still turned 3.
We started the morning off with #3 pancakes. They were extra yummy (though we have pancakes every morning) because of their shape. 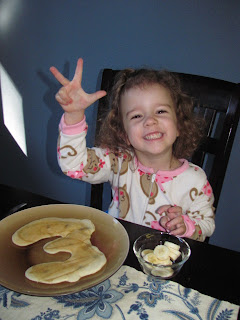 This is what a 3 year old hand-tracing looks like. 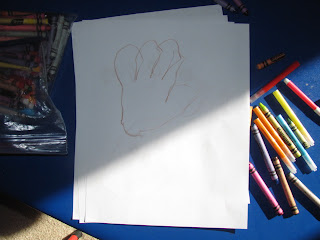 This is what our 3 year old's brother looks like. 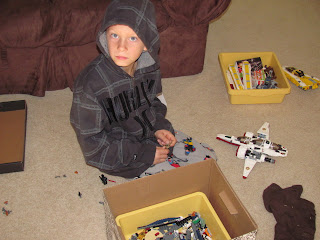 This is the first batch of our 3 year old's happy faces and a few random letters from her name (she's been making happy faces since this past February and just started on letters last month). 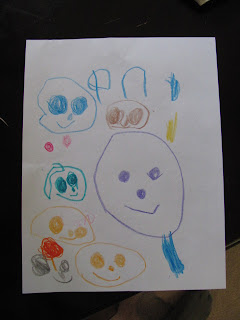 This is what our 3 year old looks like while she writes her name. 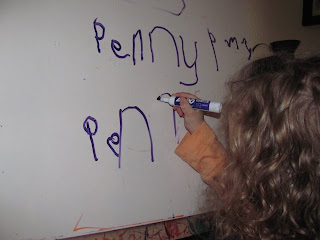 She opted for a pink birthday cake with white frosting and pink letters and SPRINKLES placed only as a 3 year old knows how. 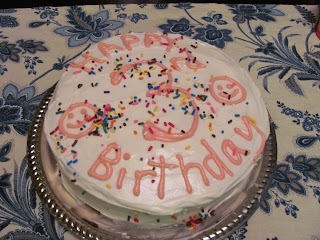 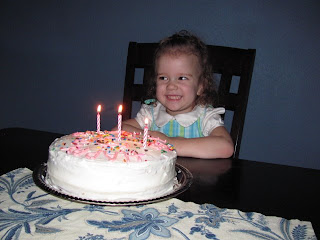 Three year olds can really blow out candles! Right after this pictures was taken she was blowing so hard she went cross-eyed (nakuu in Inupiaq) 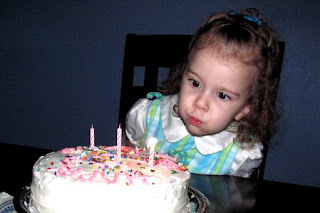 Dominic used his own money and bought Penny a birthday present. He found JUST what she wanted and had been sitting on pins and needles ready to give it to her. It was all he could do to eat cake and wait patiently while she finished hers because he just wanted her to hurry up and open it! He said afterwards how good he felt knowing that he bought her something that she loves so much.
"Whats that feeling called mom?"
"Thats the spirit of giving Dominic, it feels good doesn't it."
"YEAH, it does."
Here she is opening his present: 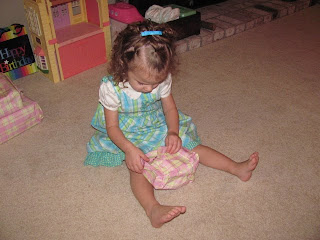 and he was so right, she absolutely LOVED it. It was a small snow globe that played music and shoots snow around when you push the button. 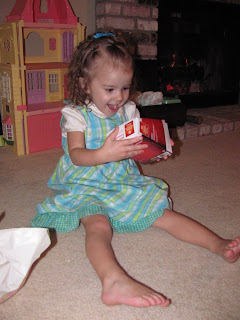 We got her a bunch of furniture to put in her dollhouse for her Polly Pockets. Funny story, we got her playhouse from Sean's cousin. I purchased furniture at Walmart that looked like it would fit. After she opened it I looked at the back and it was the exact furniture that was supposed to go with the dollhouse (as in the dollhouse was on the back of the packages filled with all this furniture).
Dominic said "you're going crazy mom! Don't you think 4 is enough!"
There were so many cute sets I had a hard time choosing just a couple. 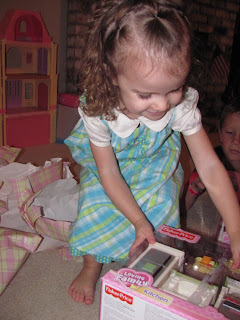 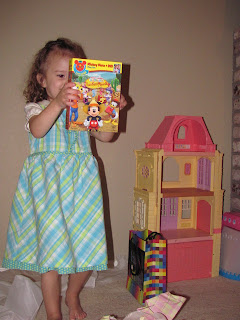 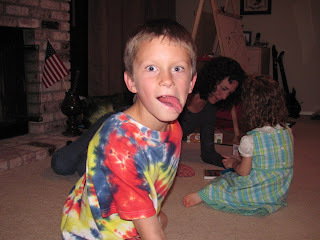 And this is what a 3 year old looks like ironing clothes in her new playhouse. Man she's big 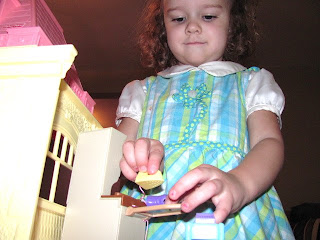 He just wants to peek Penny. 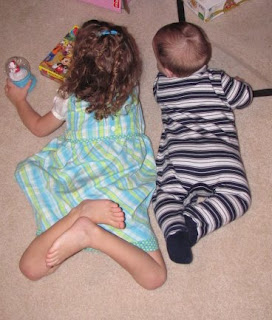 So thats what 3 looked like today at our house.
At church Penny fell asleep on my lap and I was staring at her trying to remember what that sweet little face looked like 3 years ago. I could only kinda see it and knew I would need a picture to remind me. Oh, so sweet. 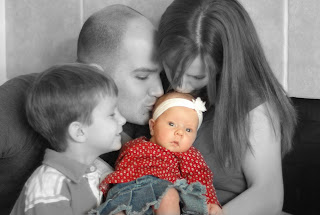 every single picture of her was so cute! happy birthday penny!

I'm with Julia - so stinkin' cute! :) Happy Birthday to such a wonderful little girl!

Where does the time go?!?!?!? Wasn't it just last month you & Penny came to Barrow to visit? ;D Happy birthday to a cute 3 year old!

it goes by so fast. happy birthday, 3 year old! what a wonderful home you have made for her!

She's so adorable! Little Miss Shirley Temple! :o) I love her face while you were singing to her. HAPPY Birthday Penny-Poo! LOVE YOU!

That was the sweetest post :) I remember the first time I ever saw you at church in RS smooching all over penny. It was so cute! She is so cute. Wish we saw you guys more often.