Okay, so the clown costume was a last minute idea and according to Sean, a bad one. I had fun. =)
Penny was a princess and Dominic a vampire. Our Doctor Michael, forgot his surgery hat. 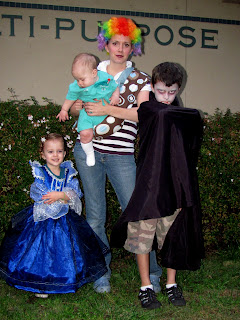 So here are a few randoms from visiting Sean's work and going to Stella's birthday party to make up for our lack of pictures on our Halloween day. We didn't go out trick-or-treating on Sunday but got our fill on candy and festivities from Wednesday until Saturday night. Sunday night, we set our pumpkin on our patio and lit them up (facing us) while we ate dinner together. It was such a relaxing and nice Halloween evening.

My favorite thing about this picture is you can see his 2 toofers. 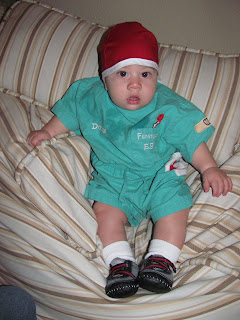 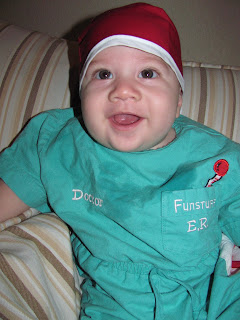 These were at Stella's birthday party. Its fun to have a party right close to Halloween. 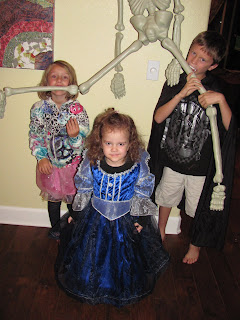 Grandma Matteson (Sean's Grandma) always has a great festive outfit for every occasion. 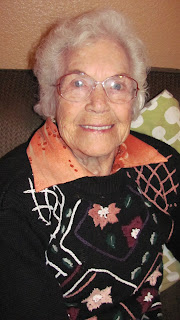 94 years apart. She adores him and he lights up to see her. 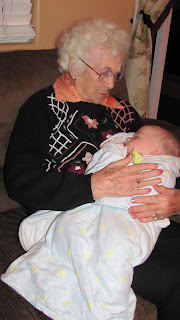 Wouldn't you be scared to see this in the dark?

This cape was Sean's cape when he was about Dominic's age. I undid the collar and put in a stiff fabric between the original fabric and added two little loops on the corners for him to put his fingers in so that the cape would move with his hands when he moves hid hands. It was so cute to see Dominic acting like a vampire in this cape....I could only imagine how cute my Sean was all little and SMOOKY trying to scare his little sister just like Dominic kept doing. 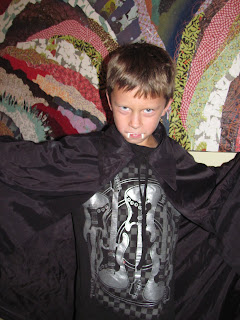 Sean said he's working hard to get this image of me out of his head.
mwahahahahaa.
As Bret would say (my nephew) NEEEEEVEEEEEEER! 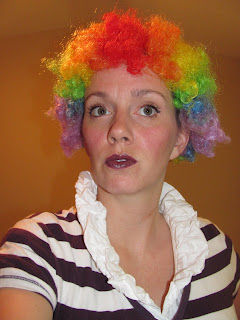 Sean may not like the clown outfit, but atleast you were a "cool mom" who dressed up! You and your kiddos all look cute!

Oh that last picture... that is hilarious!

I just wanna know where on earth you got a Dr. costume for a little baby... too stinkin' cute!

Adorable costumes... and you get a C+ for effort. :o) Love that Dominic got to wear Sean's cape- that's coolio! Penny's dress is beautiful.

LOL!!! I love that you dressed up! Penny's face in that pic with the skeleton is cracking me up.

awesome, even the clown!

Michael's costume is size 4T . I found it in a friends costume stash, they have all little girls and it was their only boy costume........they gave it to me. =) SCORE!