We played a few games of chess tonight. Michael was happy after he got a bottle (I guess I didn't make enough for him tonight.) He was all cheesers after we topped him off with another 4 ounces. He's 6 months old tomorrow. Where does the time go? 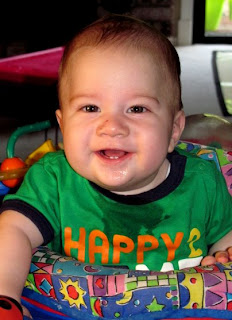 Penny set up the first game. Here she is waiting for Sean to set up his half of the board. She did pretty good on her side I thought. 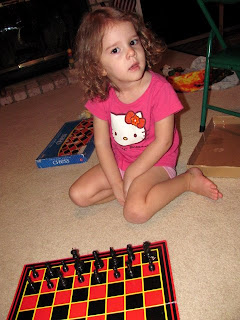 Dominic and I played a game of chess and halfway he says, "Hey, you're a pretty clever player........for a mom." Thanks Dominic, I think. I kicked his butt this time, but he's beat me plenty, believe me. 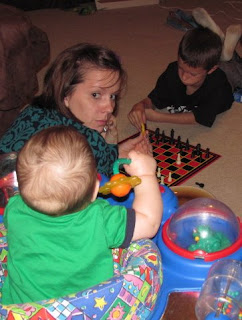 While Dominic and I played, Penny made a mess with her playdough. She makes the best faces when trying to push the playdough through the garlic press type toy. 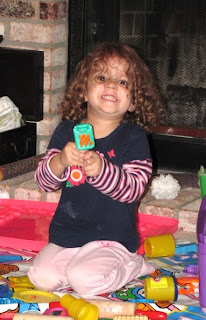 We had a good night together as a family (no meltdowns from Dominic, yay! Thats another story. We've had a rough week or so with him, darn 8 y.o. hormones). Sean's been stuck on the computer doing stuff for the business the last few nights nonstop. He always has stuff to do for the business, but lately there is LOTS OF STUFF. Its amazing how fast its growing. The latest development has been adding vitamins and supplements to our inventory. You can see our ebay store by clicking here . He's so good at balancing family, work (with OT) and business. Seriously, I don't know how he does it, but he does an amazing job.
Posted by Katie at 11:37 PM

just in case you didn't know, the games with family and the chess pass things off in cub scouts. He can get his chess belt loop.
that pic of michael looks a lot like penny! he is so yummy!