Penny has been entertained by all things "smooky" lately (its how she says spooky). She likes to turn of the lights and then tell everyone how smooky it looks. I personally love how intense the word comes out of her mouth and the fact that she's saying it wrong. I just can't correct it...not yet anyways.

So, tonight we had our pumpkin carving FHE. Dominic did his from start to finish ( I had to help him scrape the inside, but he gutted it.) I was so proud of him! When lit up, it looks really SMOOKY.

Sidenote: In Alaska we would carve our pumpkins at the beginning of October and enjoy them all month. They froze as soon as you put them outside so it didn't really matter when you did them. In fact many people would put them out, then bake them into pumpkin pie come Thanksgiving. Every year Sean has to remind me that we can't start so early, except this year...I finally remembered. The temperate weather here does not permit us to carve pumpkins so early and have them last till Halloween. Tops: 1 week, we're pushing it by doing it today. 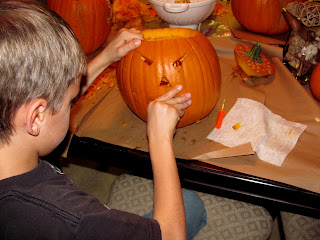 I finished carving mine and Penny's and started feeding Michael while Dominic and Dad finished theirs. This boy was so talkative tonight. 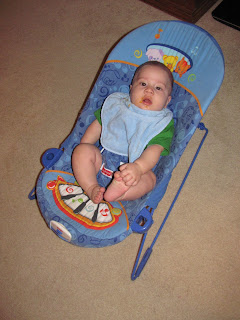 Every year Sean complains about carving pumpkins. He claims to hate it (the same with dying Easter eggs) but he puts on his happy face and does it anyways. I'm not sure if its an act to be dramatic (he'll love that I wrote that) or if he really doesn't like it. Either way.....I'm glad he does it anyways. Even if I do have to be the one to scrape out his pumpkin every year (he guts it, I scrape it). 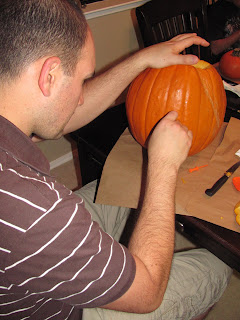 Penny liked it when we lit the candle inside and then she would turn out the lights, comment how "smooky" it is and then blow it out. 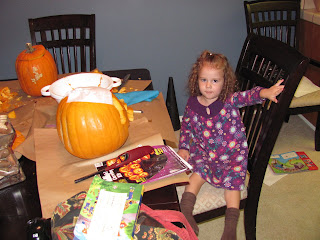 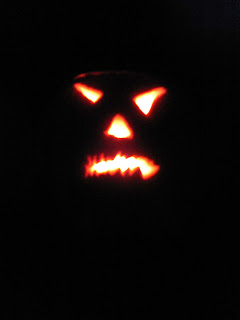 Penny opted for a happy face. She drew it, I cut it. 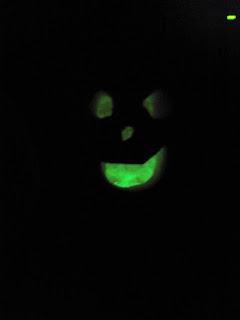 Dad, mom, Dominic and Penny. I didn't have enough candles so I had to use glow sticks in all but Dominic's. 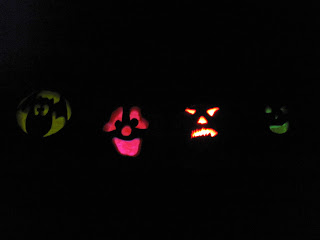 Another project done today (besides folding and putting away the 5 loads of laundry from Friday) was that I hemmed my curtains. They were about 8 inches too long and just bunched up on the floor at the bottom. It was also 4 panels and so I had to sew them together so that there were two panels instead of 4. It turned out perfect. =) Phew....it didn't really take that long (maybe 1 hour total), I just really didn't want to do it. 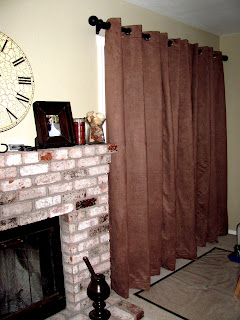 I'm with Sean, I hate carving pumpkins and dying Easter eggs! Those all turned out great, so I guess it was worth it right ?! :)

I love the colored light in the pumpkins, very "smooky"! What a sweetie!

they turned out great.... that is the curtains and the pumpkins. and the kids. busy bee....

I totally agree with you on waiting to correct Penny on "smooky", enjoy it all you can. Kyler says "Doctor Baider" instead of Darth Vader, it puts a smile on my face everytime and even makes me laugh.