Over Labor Day weekend we went to the San Diego Zoo. We didn't get to the zoo till around 2 or so and THANK GOODNESS, because it was hot, hot, HOT. But only for a few hours...then the night air cooled it down quickly. Had we been there right at opening, we would have been facing the heat for hours on end.
Here we are at the beginning of our day on the bus tour. They stamped the word BUS on our arms. To our surprise, Penny sounded the word out: "bbbbb, uuuuu, ssssssssss, BUS!" I didn't even know she knew how to do that. 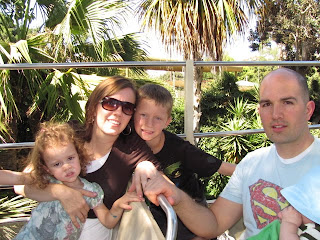 I love the glasses in this picture, but also her hair sticking out. It makes me smile. 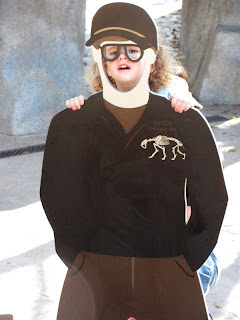 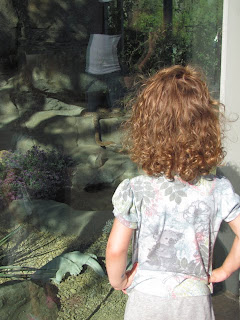 Dominic and Penny looked for turtles and minnows in this exhibit. 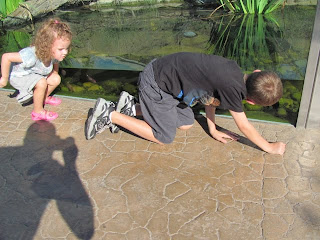 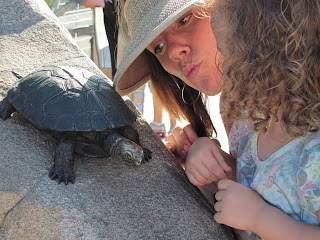 There were some fake turtles in the exhibit, and so we were trying to figure out which ones were real and which were fake. Unless they moved, it was kinda hard to tell. Do you like my hat I bought at the zoo? I actually LOVE it, it totally shades my face and doesn't hurt my head. 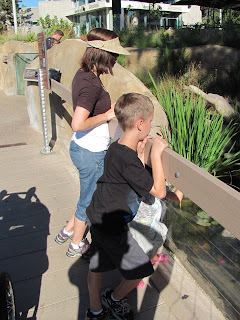 These elephants had so many wrinkles. I wonder the story all those wrinkles tell. This one had huge tusks. 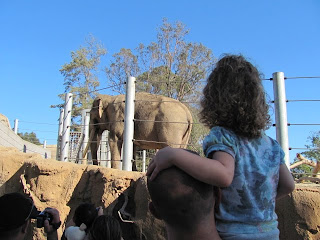 He was glad I told him to wear his tennis shoes (he fought me, he wanted to wear his sandals). Mama's know what they are talking about, don't they? 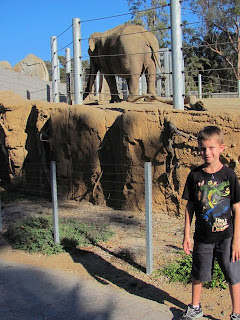 Dominic, Penny, and Brody riding some saber toothed tiger or something. We didn't get too many pictures of Brody because he was always on the go, go go! They would have all been blurry. 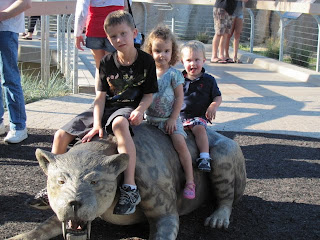 Dominic and Brody playing on the elephant. 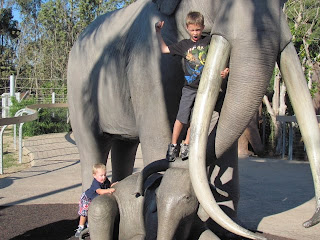 One of the many times Brody ran away from Dusty (Sean's brother). Two seconds before this, both Brody's arms were in the air while he ran....so typical of a 2 year old. We had a good laugh. 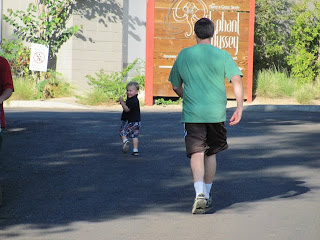 We got to see the polar bear move his head around. *yawn* j/k. I've seen many polar bears in the wild....they are much more exciting outside the zoo.
These silver polar bears were kinda cool looking. 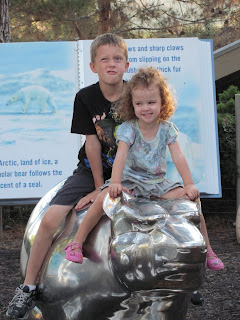 Dominic; King of the Polar Bears! 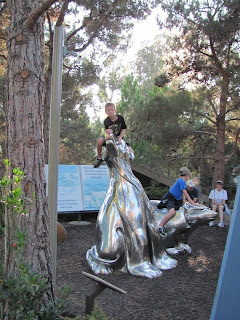 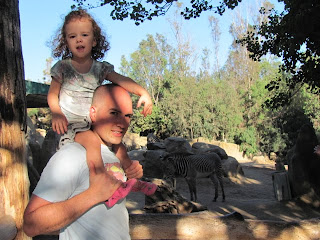 Proof that Michael came with us. I think these were monkeys or something. 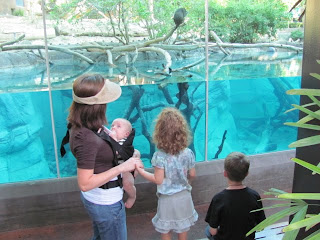 The hippo made laps around the pool underwater. At one point, he came up and opened his mouth really wide. That was pretty neat. 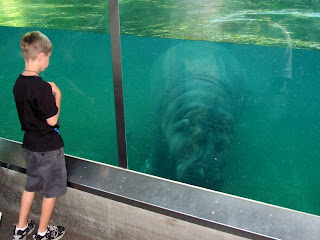 The tigers were asleep too. 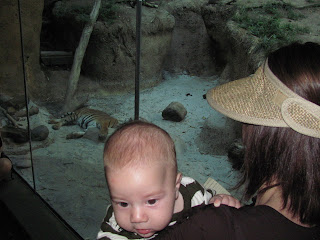 We walked all over the zoo looking for a specific restaurant and when we found it, we discovered it was closed. Boo. So, we packed up and left the zoo. We found this restaurant by our hotel. This was the face Dominic made when I told him the name of the restaurant; Ricky's. 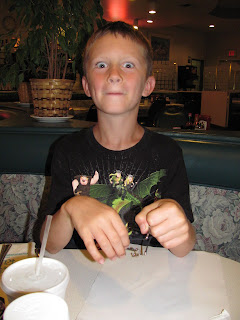 Penny colored while we waited for food. She was quite loopy by this time. 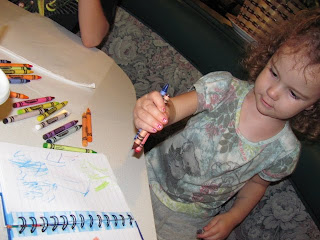 Michael was an angel until the food came out, then he wanted to be swaddled and held so he could fall asleep. I watched my burger get cold while he drifted off to sleep. It was still good though. 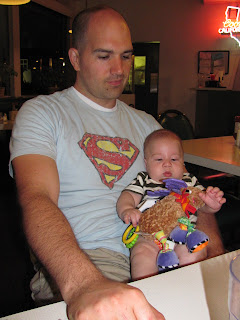 Sean and I both discussed Zoo's after we left. Come to find out, neither of us really care for them all that much. Whats all the hubbub? A bunch of animals in cages mostly sleeping that you get to walk by and wave at. It was fun, but I have no desire to go again.
Posted by Katie at 8:09 AM

Those are great pictures. I too like Penny's glasses and hair sticking out!!

Since you didn't like it all that much, next time you should try the San Diego Wild Animal Park. That was our FAVORITE place to go! The animals are more "free" to roam and not just in an exhibit (more so than the SD Zoo). It's a really cool place.

I went there with you when Dominic was teeny....I did like that one. I wanted to go there instead, but we decided to do this one for whatever reason, I'm not sure.

That was fun! Love the pictures. The kids are adorable:) Ya, I agree with you and Sean on the zoo thing.