Penny Grandma and Courtney came to visit this last weekend. Gma and I spent A LOT of time painting...and playing tag team with the kiddos. She was a huge help and because of her, I now have my kitchen painted as well as my laundry room finished (including all 5 doors in my laundry room). Whew.....
Here are the CURLY GIRLS. Michele (Sean's cousin), Penny and Courtney. 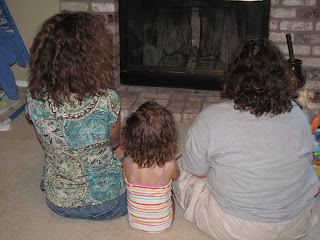 Michele O'Brien, Penny Matteson, Courtney Matteson
Penny's new expression. Its very proper.....its called a frown smile and she does it ALL the time. 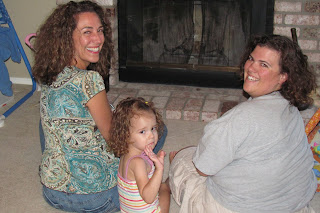 Wouldn't you like to have your own personal person to shade you from the lights? Penny thought the light on Michael was too bright, so she put her hand on him to shade him from it while they talked to each other. So cute. Funny thing is, it actually helped....whereas, when she tries to do this for herself, it rarely works..... 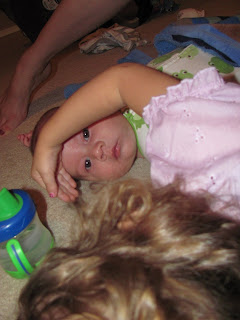 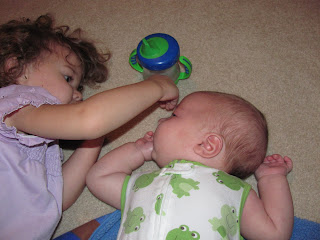 Jumping rope with her new hat from Penny Grandma. 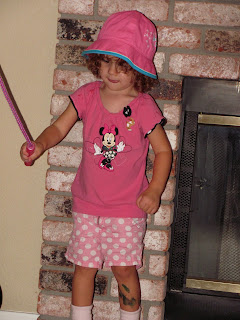 Silly faces before church on Sunday. And yes, she wore this necklace too. 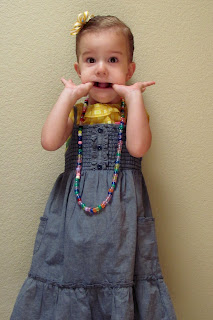 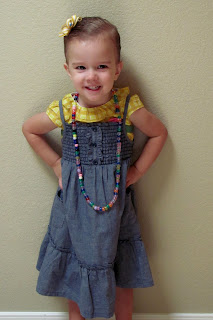 Gotta get your tie on for church. This was the last time he'll be able to wear this without cutting off circulation. 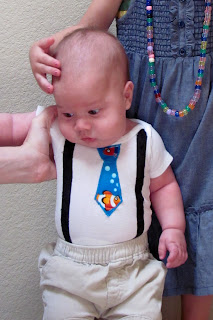 My mom is in town. Let me repeat,
MY MOM IS IN TOWN!
I rarely get to see my mom. She's only here for a few short days, but I love that she's here. We went to the farmers market and the park today. Then we're off to Cameron Park Lake in a bit once Penny wakes up.
She loves her little squishy. 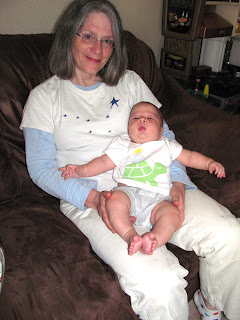 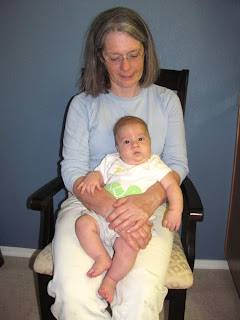 I'm not making enough milk for this guy (and he's starving, can't you tell). He gets about 4-6 ounces a day of formula by bottle. Dominic was thrilled to feed him. We're so happy to have Dominic home. He's cheerfully helping out around the house and we've been having a lot of fun playing. Welcome home bud! 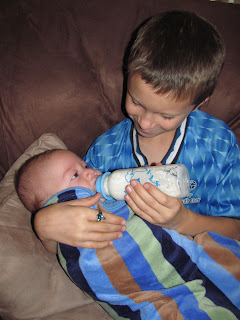 He was talking to one of his friends on the phone yesterday for about an hour. He's a pacer. If he's on the phone, he's on the move.....even if it means pushing a pink stroller.
You're silly Dominator. 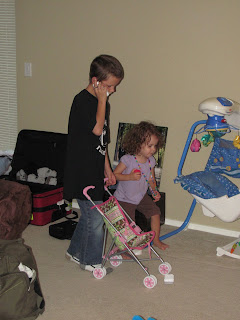 Cute pics! I love how good a big sister Penny is. :) I'm glad your mom is there to visit for a few - I love spending time with my mom! :)

Yay! I was hoping your mom would get to see squishy before he was walking around! Fun!

The pic of the 3 curly heads was cute! You mom looks like she is in heaven.

those pics of mom and michael are nice! your kids are adorable.