We picked a name

Here are my 3 children. They all have names now. Here is the story.

About 3 months ago Sean and I started talking about names one night after the kids went to bed. We had a few that we kinda threw around. Some we liked, some we absolutely did not. I threw out the idea of Michael (my Dad's name). We both liked it...but we wanted to explore other names before we absolutely decided.

Fast forward to the next day. I asked Penny what we should name the baby in my tummy. There was no hesitation in her answer, "Mike, " she said. Later that day she said, "maybe Dzon (Jon)."

Every day since, she has called the baby Mike. If we suggest a different name, she insists his name is Mike and that she doesn't like the other.

Dominic has come up with some real winners. Sphazmel, Zerad, Joshel, Andret, etc. Names LIKE that. I always ask him, "Did you make that up?" with a huge smile on my face, like I can't already tell that he threw a bunch of syllables together to make a name that was super unique. One day he came up with a few of these names and then sat there for a few minutes before he said, "Well, it would at least be nice if he could have the middle name Jarom so that I could have the same name as SOMEONE in the family since my last name isn't Matteson."

I almost cried. He is so sweet and thoughtful but mostly because....WHY hadn't I thought of that?

I talked to Sean and it was clear that we knew the middle name at that point.

Back to the first name. Our poll on our blog did not help us much. I really liked the name Dandridge (my GGG-Gpa's name), Sean thought it sounded like some of the names Dominic has come up with. We both liked the name Monroe (his Gmpa's middle name) and Sean liked the name Reese, but I did not.

*sigh*
Penny did not like the name Monroe for this baby.

2 nights ago, Sean and I discussed it. Penny has the best relationship with this baby already. They seem to have spirits that already know each other in a literal sense. He plays with her as much as she plays with him. She tells him how cute he is and how he's being such a good baby in my tummy. She tells me she just wants to hold my tummy for a while and then will snuggle with my bump for 10 minutes sometimes. She MUST remember him and I know he remembers her.

We can't wait to meet you, 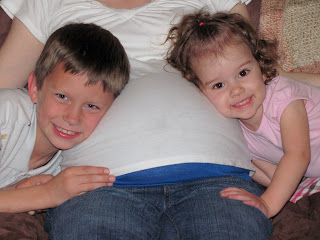 I went shopping the other day and we brought Penny's shopping cart and baby with us. It was lots of fun. 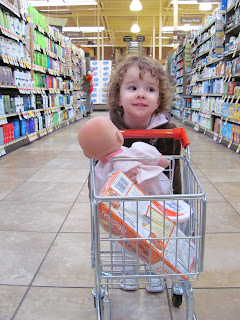 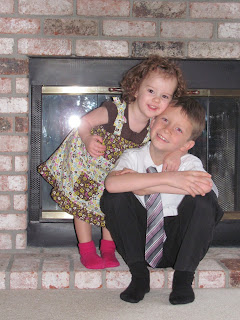 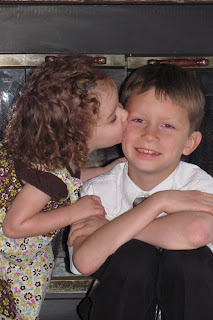 I have no arms! 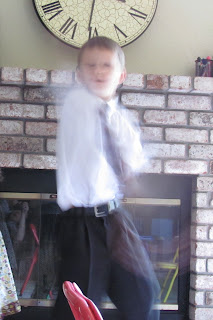 I drew a house the other day one step at a time, with Penny copying each step as I went. I did not speak except at first to say "draw what I draw okay?" and "your turn." Then I stopped and waited for her to do hers before I did the next step.

Just in case you couldn't tell, mine is the one on the left. hee hee. She did pretty good! 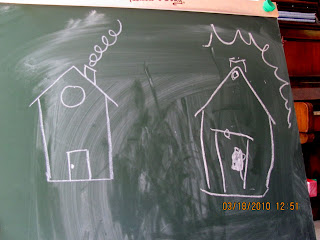 G-Gma was over on Sunday again, this time Penny was awake. They shared a bowl of popcorn while we watched Extreme Makeover Home Edition. 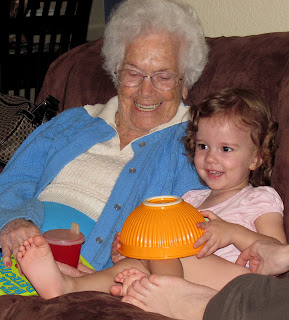 Monday we got the Aerosmith game in the mail for our guitar hero. We had a Guitar Hero FHE. It was fun as you can tell, I rocked out. Penny made sure I had a fierce sticker on my arm. I think it was an inchworm. 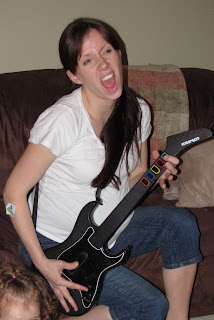 your kids are both so sweet. i can't wait to meet little mike!

Love the name, can't wait to meet him! And your face in that guitar picture in pretty much amazing:)

I love it! I have to admit that I teared up reading through your post - how wonderful that Penny has already been such a great big sister. :)

YA! I'm so glad you guys have a name. I totally got chills (the good kind...like...moved by the Spirit chills) reading about how his name came about. So sweet and precious! Glad we have a name to go with a bump now :)

That was so touching. I love the name. Noah's middle name is Michael- great name.

great post. i love ALL the pictures and the stories. we love your fambly.

Peirce inchworm hahahaha. :)
Penny is a little artist! WOW.
I got a all choked up when you were talking about Penny's relationship with the baby! So sweet. I love the name by the way.

SO sweet! You are raising an amazing family. :)

I love the picture of the kids snuggling next to your belly.

Like Jaime, I too teared up a bit. You have such sweet kids with such sweet spirits. I totally agree that Penny and little Mike have a connection.