Our free Step 2 kitchen that we won on a blog contest finally arrived earlier this week. Its an amazing kitchen and the kids love to play with it.

break in story. Chocolate Chip Cookies are a must at our house.....Penny loves to lick the batter. Since I make it with flax instead of eggs, I let her eat more than I normally would. =) 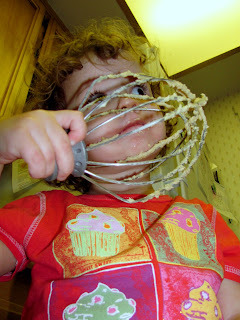 Okay, so here is the great kitchen. It has a light under the hood over the stove. The burners make noise and light up to either be sizzling or boiling something. Its the Step 2 Fresh Market Kitchen. Penny has been loving it and we love that its colors are neutral enough that we were able to put it in our living room without it looking like the toy hub for all things pink and purple. Its a great addition to our living room corner .... 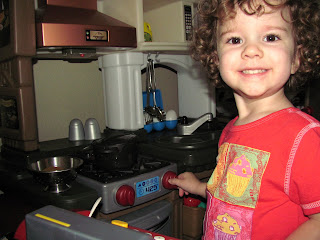 This screwdriver that it came with is seriously her favorite. She is distraught when she can't find it and loves to go around and fix things. Seriously though.....it would have taken me 15 hours to screw in all the screws this thing had with this screwdriver and my arm/hand would have fallen off in the process.....thank goodness for electric screwdrivers. 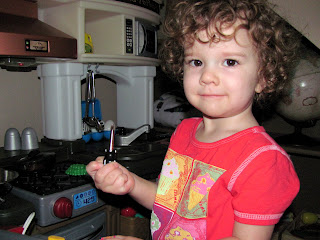 It came with a little reusable shopping bag. I think I should post this picture on the walmart shoppers website. She's my little ragamuffin. 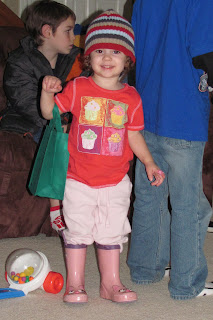 More loved than the kitchen on the first day however, were the boxes that the kitchen came in. These kept the kids entertained all night long. 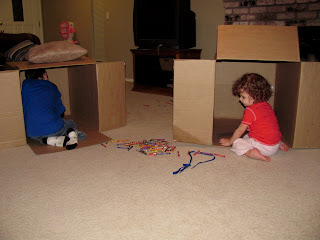 They ate dinner in them. 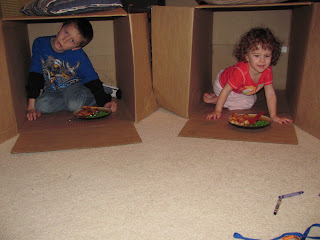 Dominic read his book in his box after he was done decorating. I taught him how to do the special fold to keep a box shut without tape. He's been having fun re-shutting it, but can't quite shut himself in it obviously. 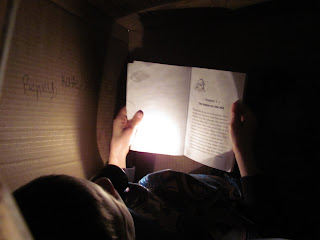 Penny enjoyed barely peeping out the tiny hold that was left in hers after it was closed up. 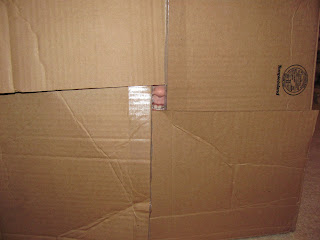 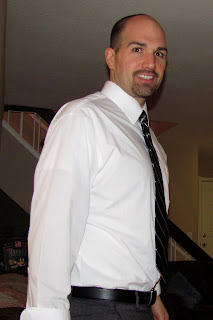 Dominic hid in his box when Dad came home. He had written Sean's name and address on the top so that Sean would just think he was a package of books. It TOTALLY worked. 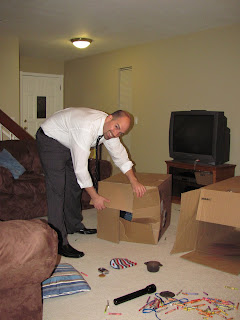 And Dad was shocked that instead of finding a box of books, he found a box of Dominic instead. Dominic's laugh was priceless. 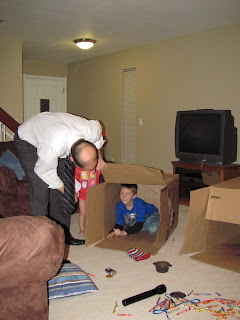 So Thank you Step 2, for the free kitchen......but also the great boxes that are still in our living room as well as the great screwdriver that got no use during assembly but is a beloved toy to my little girl.
Posted by Katie at 11:06 PM

fantastic!! I want to see where this actually fits in your livingroom- it looked HUGE on the contest site...