Stella brought over an awesome present for Penny.......this playdough table full of playdough and tools. They seriously played for hours and it was so fun to hear the chatter of sharing and creating. They played all night and then as soon as they woke up in the morning they started up again. Thanks Stella for an awesome present! 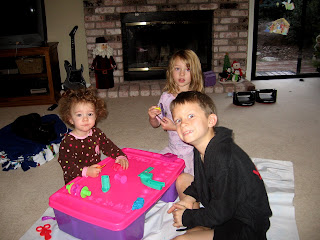 Penny getting some more playdough time right after her nap. Seriously, she probably played with play dough on Saturday for 5 hours total. 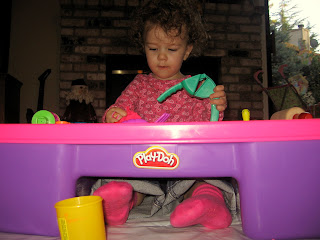 Making some hair. She loves this tool and I love the how her whole body shakes as she tries to squeeze it through the press. 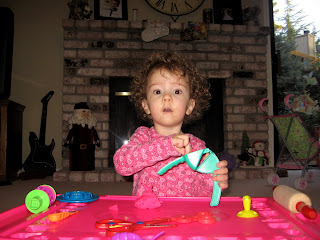 While Penny was doing playdough, I caught a glimpse of a superhero throwing fire balls outside. Who is that masked man? (seriously the best $3 mask I've ever bought in my life). 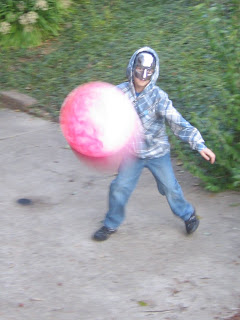