Its just Penny and mom all day long

Penny likes to show us her muscles. This picture is great but it doesn't capture the red face, grunting and shaking hands very well. Her muscles, based on dramatic presence, are huge! 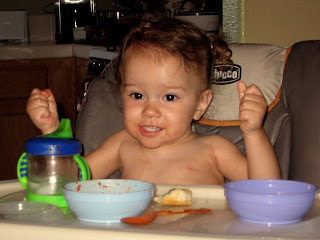 She's taken to 'Dominic's guitar' since he's been gone and has become quite the rockstar lady. She knows how to jam...naked. 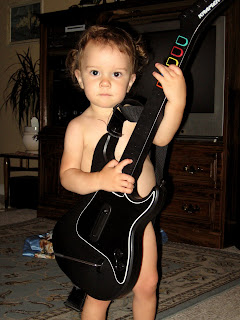 We were up by my garden and she literally started biting leaves off the lettuce. Its a little too bitter to eat anymore so I just let her have at it. 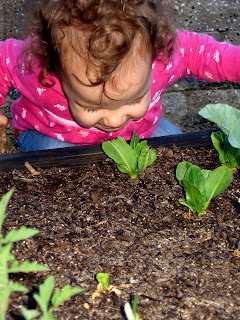 Its been a little on the cooler side lately (90's instead of 100's) and so we've been going on a bike ride after dinner. Its such a fun time and I LOVE THIS BIKE SEAT! Its so nice to have her in front of me as we can talk and point and listen to eachother. She even will tell me which way to go. I can point out the stop signs, airplanes, and boats we pass. We ride around a cool area that has airplanes at every house and extra wide streets for them to drive on to get to the runway in the development. It has the perfect amount of hills and Penny is thrilled by all that we see. I can't run when I'm trying to get pregnant because I don't know how to take it easy and not run myself down to 110 pounds (its so boring running slow) so this is a nice alternative to me doing nothing. Was that TMI? lol too bad.

I have another bike attatchment that harnesses a bike on the back for Dominic so we can ride tandem. All three of us (maybe even 3.5 of us! will be able to ride Dominic to school this year and we're really excited for that! We went on a couple of trial runs before he left for Alaska and it went well. We're excited to be getting more exercise this year! 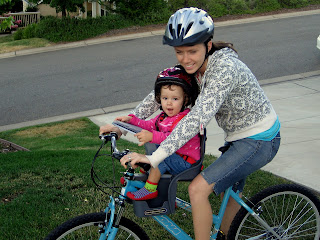 i love the chomping of the salad straight from the garden!

What a great idea! I love that seat attachment. Where did you get it?

though I got mine on amazon for a little bit cheaper.