Okay, so I'm a little delayed in getting Disneyland pictures up. I've been weening myself from the computer and not been on it very much lately. Here goes:

Dominic got to be picked for the Star Wars Jedi Training Academy. He was one of the last kids picked and I was pretty worried for a bit. EVERYONE around him had been picked and he's just not the type to jump and scream to get someone's attention. Eventually he jumped and waved his hand enough to get their attention and YAY! It worked. He was thrilled and it was really fun to watch.

They teach the 'young padawan's' how to use a light saber and then Darth Vader and Darth Sidius come out and they get to battle them. 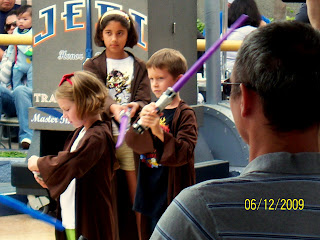 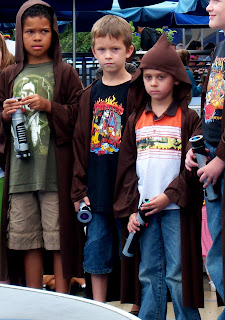 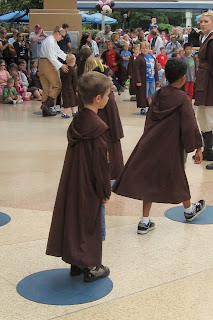 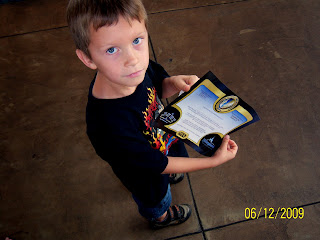 The island to explore. We found lots of fun things here. Each ride/adventure at Disneyland Dominic wanted to do again, we had to keep reminding him that there was SO MUCH TO SEE and each one would be just as fun and exciting. 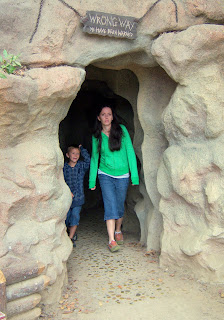 The Rocky Mountain Railroad was one that Dominic really liked. It was a rollercoaster and it was actually a little bit scary around a couple corners and drops. I was surprised how much his appetite for rollercoasters has grown since last year. This was the only ride we did twice (love the fastpasses!)

Penny was watching with Grandma towards the end of the ride and saw us waving at her as we went by and screamed "Hi Daddy!" Grandma said it was one of the cutest things she had ever heard and teared up a bit. Our kids don't get to see their Grandma's enough I think. 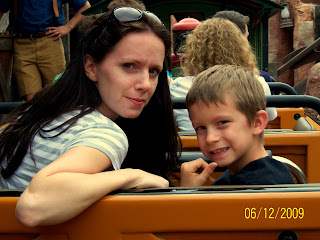 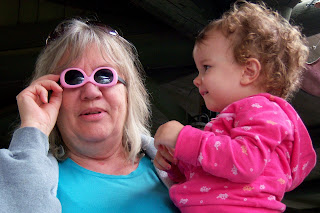 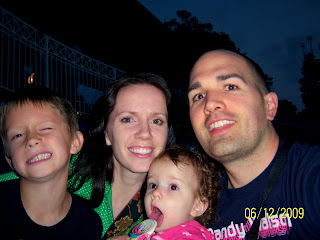 While Dominic and I ran off to do the rollercoaster a second time, Grandma took Penny on the Elephants. She LOVED them, and Penny did too. =) 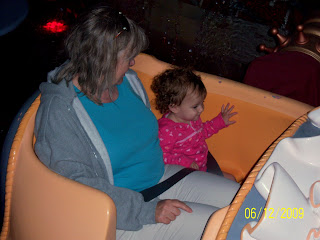 Sean's sister and mom came to Disneyland with us. We were glad they got to come. They didn't want to miss Dominic, Penny and yes....MY first time to Disneyland. 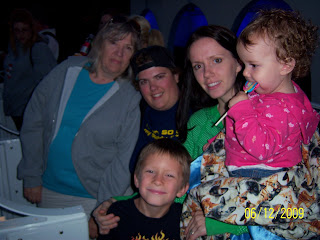 Eating lunch and making funny faces are Dominic's favorite things to do together. Right Dominic? 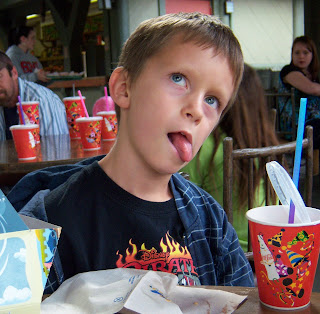 There were lots of things to do on the island. He got all the way upside down on this one. Again, he wanted to just stay and play on this forever, we had to remind him that there were more cool things up ahead! 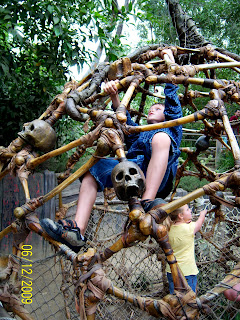 Sean hard at work. A little story behind this shirt. Sean bought this shirt online. It made him laugh. There were 2 people in the park who actually stopped him to ask where he got it. The shirt says "Randy Watson, world tour 1988". He loves this shirt. 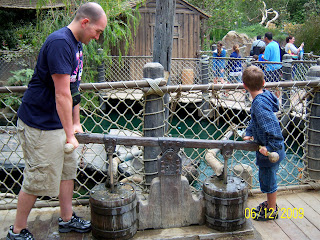 And thats about it. I would have more, but the camera's weren't cooperating and many of our pictures were blurry and or too dark. But don't worry, we'll be back again next year! LOVED IT!
Posted by Katie at 10:26 PM

Disneyland- so jealous. I haven't been there since I was about 10. I'm glad you got to enjoy it with your kids for the first time. Great pics!

SO much fun! I'm jealous! It was your first time too, awesome! I loved Dom's serious look when learning how to use the light sabers! Attaboy!