I love the beach. Most of our pictures were taken on Grandma Penny's camera this weekend since it takes better pictures. Here are a few from ours. We went to the beach with my sister Julia and Sean's family also. It was a lot of fun and the waves were huge. Dominic had so much fun chasing the waves with all his cousins. I couldn't watch. With each wave I felt like he was going to get eaten into the big vast body of water known as the ocean.........when really the worst that would have happened is he would have gotten a mouth full of sand and pushed up on shore. I played with Penny while others watched the kids squeal as they ran back and forth with each wave.

We buried Dominic and played all day long! We missed the tide-pools but nobody seemed to care. It was such a fun day. 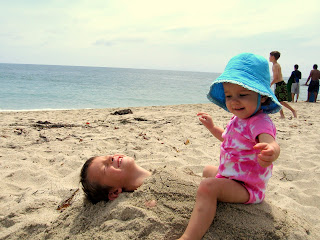 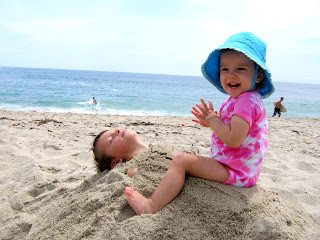 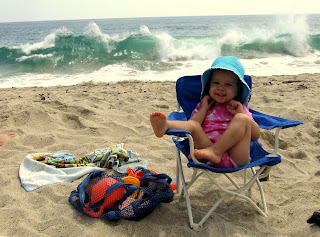 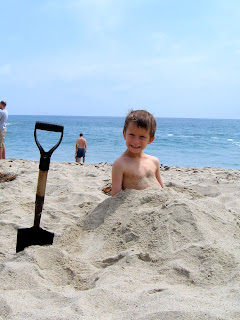 next time, i wanna come. it looks like so much fun. look at the waves crashing behind penny!

those are awesome pictures! they turned out perfect. we are so glad you came. it was tons of fun. too bad you couldn't stay longer! next time.....

I am so jealous. That looked like alot of fun. Some day...