All the first graders did a performance together. It was about habitats. Dominic's class did the Oceans portion.

This girl goes home and tells her mom that Dominic is her boyfriend. Dominic is so "bothered" by it because of all the teasing that is associated with girlfriends, but the drama behind it tells me otherwise. She's a very nice girl and I told her mom that I thought she had good taste =) 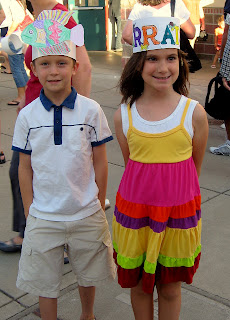 He did SUCH a good job! and I got quite a few winks from him up there. I love him. Penny didn't like him being 3 rows away and kept yelling "Dominic, come here! Uh-Hug!" 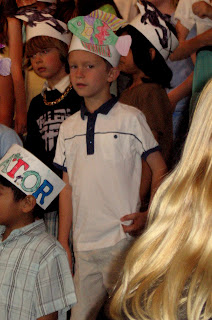 Here was his classes part. I couldn't get it all because Penny ran under some guys chair and got stuck...lol. Dominic did a great job. He actually had all the parts memorized.... He's always been a good memorizer. When he was 3 he could memorize scriptures faster than Sean and I!
This was Penny's favorite song:
Habitat presentation song: He knows how to melt my heart...the shy grin and wink at the end just about killed me!
Really? I'm a hippo? This one made me laugh...."I'm big and very heavy and I eat a lot of food!" Good song....good song.
He fell asleep in the car the other day. He was really tired. 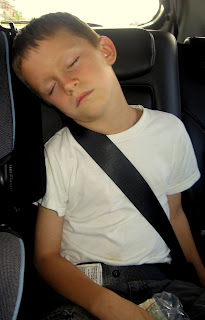 He loves to snuggle and this time he put his arm around me. He is one of the most compassionate little boys I've ever met. Before he fell asleep he said "I don't think I want to play video games anymore. My family and friends are more special to me and I think I would rather be with my family and friends." I love him. 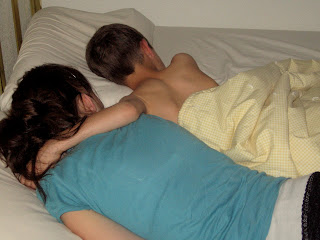 I love that last picture!! That is so sweet :) Cute what he said too, what a sweetheart!

yeah, i think he is a keeper too! i love those elementary school programs. good job, dominic!