Well, Dusty and Megan came too (Sean's brother) but we've seen them before. =) We haven't gotten to snuggle on Brody since he was born and were anxiously awaiting his visit. Penny wasn't as thrilled as we were expecting, mostly because Brody kept grabbing her hair or clothes in excitement and Penny didn't like it. She kept her distance as she would a large animal or something. It was funny to see her take the long way around something to avoid getting too close to Brody, though from afar...she loved him.

Dominic loved holding Brody. He is such a mellow little baby. 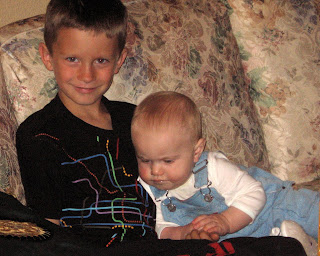 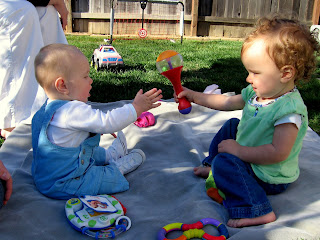 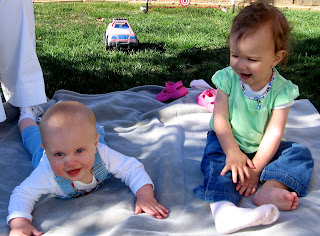 This was one of the times she wouldn't get near him. We tried to sit them next to eachother but she just wouldn't have it. 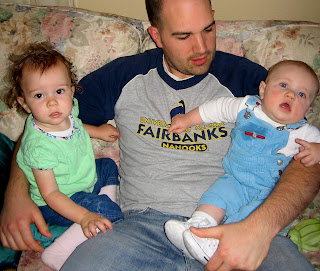 Thanks for visiting Brody, come again soon!
Posted by Katie at 9:56 AM