So we bought season passes earlier this year for dirt cheap to Six Flags Discovery Kingdom and decided that Holiday in the Park was a good way to end our season passes. We had a great time! Penny spotted this huge rocking horse and was screaming "NEIGH NEIGH NEIGH" each time we passed it. 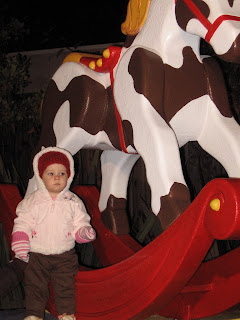 She's seriously silly. Breakdancing at 9pm on the ground. She did it no hands too but our camera is really slow. She would stand up, laugh, and then do it again. I love her! 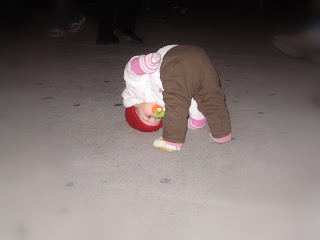 Dominic's favorite ride is the COBRA rollercoaster. Its the perfect speed. It is fast, but its perfect for a 6 year old. Whenever we go there Sean and I sit on the bench while Dominic goes over and over and over. I think he probably went 20 times. No line! Yay! 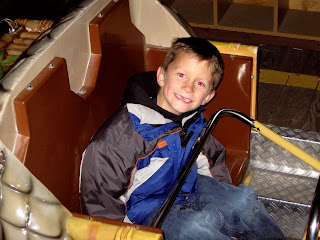 We were watching the parade that we got stuck behind trying to leave. It was semi-entertaining. 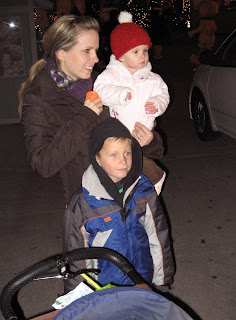 Their Christmas tree at Six Flags Discovery Kingdom was HUGE and really the most amazing Christmas tree I've ever seen in person (sorry Jon, your pine cone tree is a close second though). 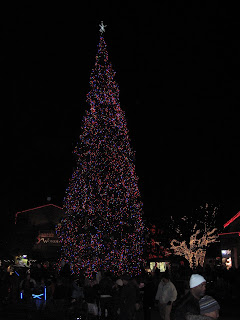 We're all bundled up and waiting to get in! 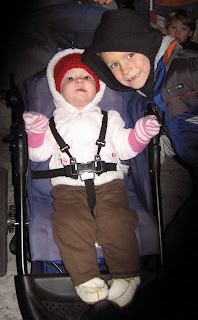 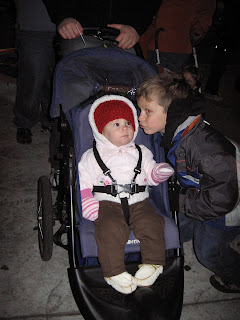 We went and watched the sea lion show. Penny liked it. The skit they did was dumb......wish they would have just let us see the sea lions instead of make up a story to go along with it. They were amazing though! 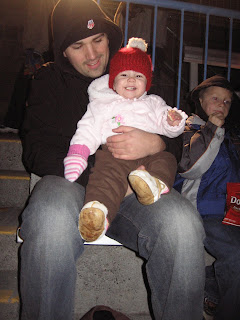 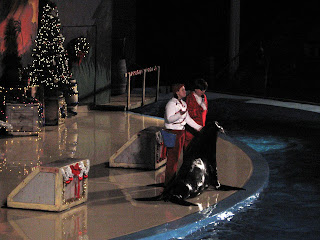 This is Penny waiting in line to ride Bertie The Bus at the Thomas section of the park. Underneath her mittens she is signing BUS. 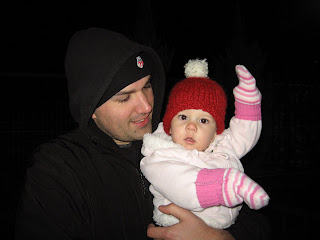 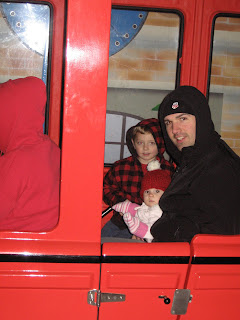 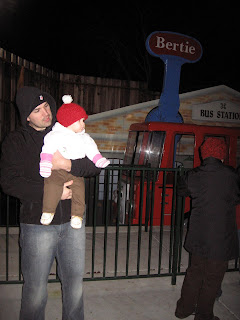 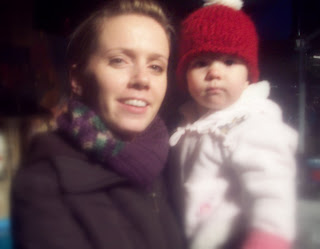 She really liked to beep the bears nose. At first she was a little intimidated but then she laughed when I beeped his nose. Thats all she wanted to do after that.......beep beeep beeeeep! 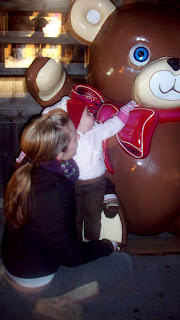 She liked Santa. Dominic only got to tell Santa two things that he wanted. He wanted to say a third I guess but Santa asked what he thought his sister would like for Christmas. He said that his answer was "Well I'm not really sure but she really likes horses and babies." He knows his sister thats for sure. 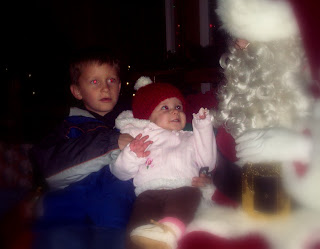 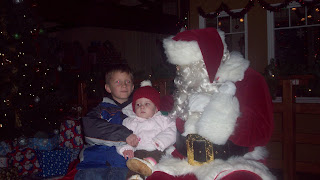 what an outing! so fun.

Penny makes me laugh so much. I sure do love your kiddos. Looks super fun!