We caught a butterfly 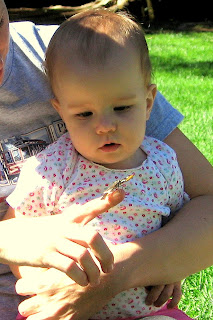 They had these neat rafts that you stood on and pushed yourself with long poles. The creek is dammed up so it made a very slow moving stream that was about 3-4 feet in the deepest parts. There was about 1/8 of a mile that you could push around in. The boys walked around with bacon on the end of the pole trying to catch crawdads. Funny thing was Dominic left his out and one of the dogs swallowed the bacon on the end of the string.......it was walking around with a stick dangling out of its mouth and Dominic on the verge of crying " The dog ate my fishing pooooooooole." Sean pulled on the stick and the string came out followed by the bacon.....gross. 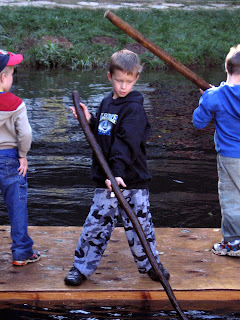 The sweepy babies. It was cozy. Ask Sean 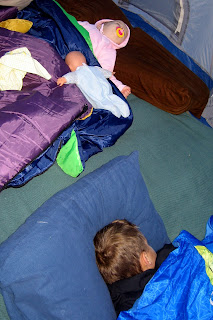 More of the rafts. We couldn't get him away from them. It was great! 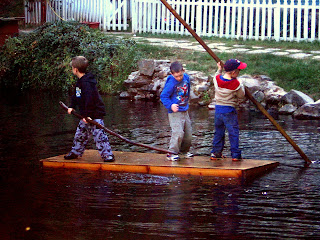 Didn't Realize Nathan was with him then- Fun times! Glad you had a good time!

when i was a kid, there was a hole dug for a basement across the street and every spring it would fill with water and we would raft like this on it til the sun went down. sooooo fun. hilarious bacon story! you guys are having fun raising those kiddos. wonderful!

And don't forget Dominic crying because we wouldn't let him take the pole that I had just removed from the dog's stomach home. He was so tired.